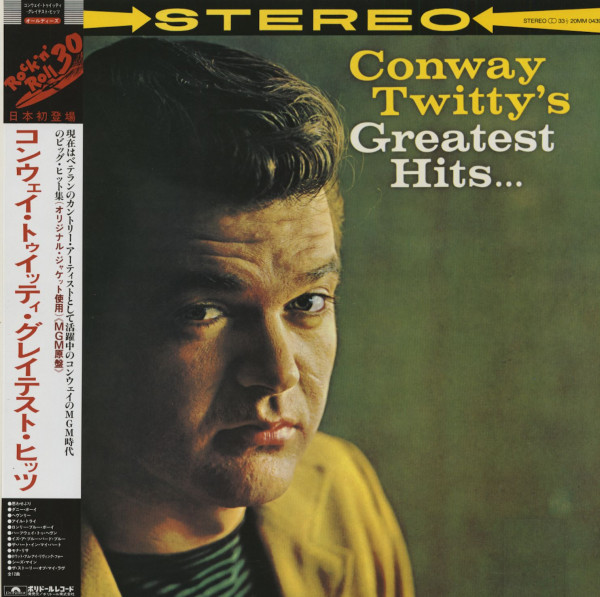 Born in Friars Point, Mississippi, Conway boasts his town has a population of 500. "When I visit there," says Conway, "I up it to 501". The young Mr. Twitty's early ambitions were baseball and preaching. He also sang and played guitar just as a hobby. Perhaps his love of music was sparked by his dad, a Mis-sissippi river boat pilot who always found time to pick up a guitar and sing a few bars of some rhythmic Dixie tunes. Conway started going steady at the age of 13. After three and a half years of never dat-ing another girl, her parents decided to break up the romance. They believed that the duo was too young and that they should date others.

Conway found his life uprooted and picked up stakes heading for life in another town—in another state. He moved to Alabama to finish his last year of high school. Though Conway was thrown into completely strange surroundings, it wasn't long before he resolved a conflict be-tween two rival gang-leaders that was heading toward tragedy. Young Conway, a stranger to all concerned, solved the problem that had divided the school and plagued the towns-people. The two fighting boys, tearful, had poured out their hearts to Conway in the graveyard next door to the Church. "They really didn't want to go on this way", says Conway, "but their pride wouldn't let them give up. I told them that pride can be a man's worst enemy." To this day, Conway still prizes the letter the minister of his church re-ceived from the governor of the state praising Conway's help! After high school, Conway joined the Army.

At about this time, a smaller hobby of Conway's began to grow in dimension. He had been writing songs since he was 10 and loved to sing — but only for his own enjoyment. He never gave any thought to turning his singing and writing talents toward a career. But he joined a musical group called "Cimmarons" while stationed in Japan, and one of the mem-bers was so impressed with Conway's obvious talent that he suggested he contact manager Don Seat when he returned to the United States. All Conway knew about rock 'n' roll then was that he liked the "different sound" of Elvis Presley's recording of "Mystery Train".

He thought no more about the matter. But after his release from the Army, he began thinking of what his buddy in the Army had said to him. A career in baseball no longer held the appeal and excitement for him that it once had. In two weeks he had made his decision — he picked up his guitar and started playing nightclubs in Arkansas with a small group. He called Don Seat, and Seat made arrangements to meet Conway in Pittsburgh to talk business. Seat became his manager and changed his name from Harold Lloyd Jenkins to Conway Twitty, and his career was launched. The demand for him in the United States became great, but he stayed in Canada to build a solid foundation for his run-away career.

When he returned to the United States, he had his experience and the confidence of his manager and his parents behind him and a fantastic career ahead of him. And he had, too, the basic faith and understanding of his fellow human beings that he had learned a long time ago as a young boy. 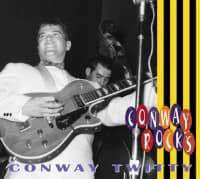 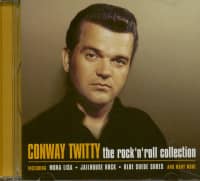