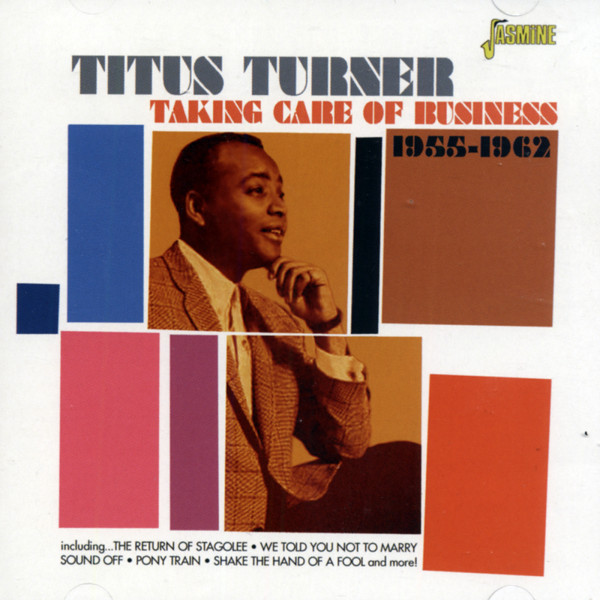 Far from the sophisticated streets of Harlem, Detroit, and Chicago, the music of black America put aside all uptown pretensions and dug bare toes into the raw, red earth of the South. Cool jazz was as foreign as Greek to the black farmers and factory workers; manicured, processed black crooners singing slick Tin Pan Alley songs were like visitors from another planet. The music was as steamy as the summer nights and in this hothouse Rhythm & Blues grew like a weed.

Atlanta, Georgia, smack dab in the middle of the Old South, was a hornet's nest of music and song in the late 1940s, buzzing with the new jumping jive from Los Angeles and New Orleans. Local bands vied for attention with the top stars: Joe Liggins, Roy Milton, Paul Gayten, Buddy Johnson, Bullmoose Jackson. Those far-traveling black performers had a problem not shared by their white counterparts - finding a place to stay in Southern towns. Sleeping in spare rooms or out-back shacks loftily called 'Colored Hotels' was the usual solution. In Atlanta, Mama Carrie changed all that.
In the 1940s, Carrie 'Mama' Cunningham, a matronly former circus rider, turned a dilapidated building on the corner of Auburn (`Sweet Auburn') and Butler into the Royal Hotel, fifty rooms of sartorial splendor, at least when compared to what else was available. A few years later, she bought the old Top Hat Club, half a block down Auburn, and transformed it into Atlanta's number one black night spot, The Royal Peacock Club.

The Royal Peacock, occupying the entire second floor of the building at 185 Auburn Avenue, attracted the best in entertainment simply because it was best place in town to play. From 1949 to 1973, the Peacock had them all: Jackie Wilson, Sam Cooke, Little Richard, Marvin Gaye, Otis Redding, Ben E. King, Chuck Jackson, Lavern Baker, Howlin' Wolf, Fats Domino, Chuck Willis, Dinah Washington, and the Midnighters, Dominoes, Drifters, Four Tops, and Dells. The first tenor of The Dells, Marvin Junior, recalled, 'The Peacock was 'the' stop in those days. We used to play Atlanta maybe six times a year. We had one other place we played in Atlanta, the Magnolia Ballroom. In the place there was a fight every night. Just a bunch of fights you could count on. When we'd play there we had to be braced for it, you know. We enjoyed working the Peacock because it had a little more class. It was a classy place for that time and circuit. And we'd look forward to staying in that hotel.'

Into this heady atmosphere of top R & B stars, chorus girls, comedians, and shake dancers in 1949, stepped a handsome and confident 16-year old singer, Titus Turner. Turner didn't have far to travel to get to the top night spot in Atlanta. It just was a two-block walk from his home in the Grady Homes Projects on Decatur Street, where he was born on May 1, 1933. His father was a Pentacostal bishop and his mother, Essie, sang in the church choir. In his family of three brothers and six sisters, only Titus showed remarkable musical talent at an early age.

While still attending the David T. Howard high school, Turner had walked off with top honors in several annual amateur contests, known as 'Stunt Night Shows'. This led to an audition at the Royal Peacock and signing on as `Mr. T.' Because of his age, he was allowed to perform on weekends only, but in 1950 he was signed by Aladdin Records and left on a cross-country tour with Amos Milburn and Charles Brown...