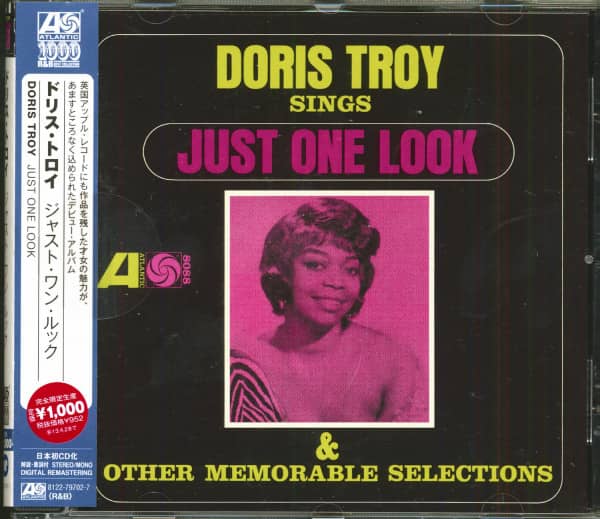 Doris Troy, born Doris Payne in New York in 1937, the daughter of a Baptist preacher, sang in the church choir and subsequently with various gospel groups, later turning to jazz with a trio, the Halos. An established songwriter — she wrote Dee Clark's 'How About That' hit — Doris was spot-ted by James Brown while working as an usherette at the Apollo Theatre, and after recording in a Jay and Dee duo, signed with Atlantic in 1963 when the staccato, shuffling `Just One Look' was a Top Ten hit.

Subsequent discs for Atlantic, Capitol and Calla were less successful, and in 1969 Doris settled in England, becoming a prolific session singer and recording for Apple, People and Polydor.