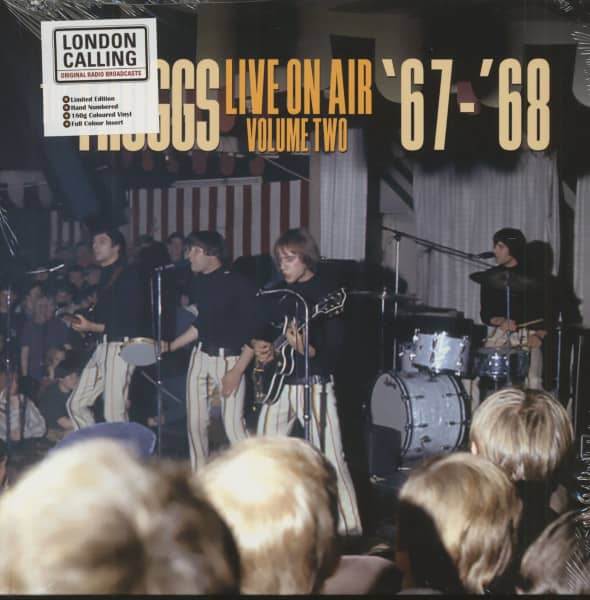 (London Calling) 17 tracks
Rejected by critics, shunned by historians, reviled by some, the Troggs were the first primitive punk antidote to a bourgeois pop scene with too many teenage idols.
Their primitive pop sensibility was a major influence on the punk movement of the 1970s, especially the Ramones, Iggy Pop, the MC5, the Sex Pistols and R. E.M., who cited the Troggs as their main influence.

In 1977 the Beatles and the Stones were driven out by the punks, while the Troggs were welcomed. Between their hits Wild Thing, With A Girl Like You and Love Is All Around, the Troggs performed 12 times for the BBC, courtesy of host Brian Matthew.

Make way for a crucial chapter in British rock.
Amazingly remastered from the original transcription discs, with background information, original interviews, anecdotes and a wealth of rare original memorabilia.