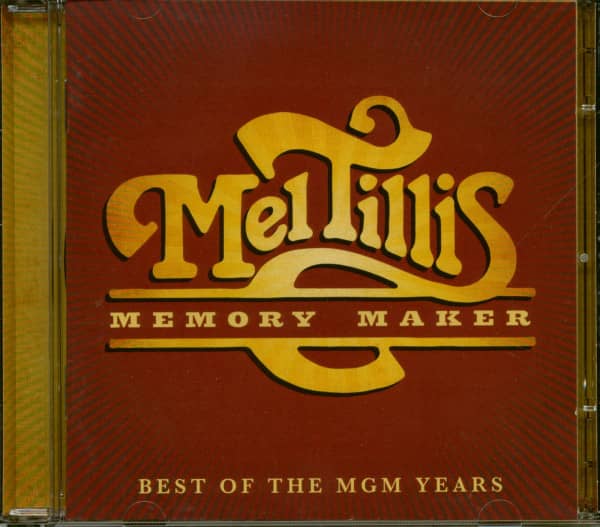 (2018//Humphead) 50 tracks
-
Mel Tillis has remained a rarity in country music. In a career that spanned 60 years, he remained loyal to the hard country tradition, yet demonstrated a great versatility. His grainy baritone has been featured on more than 75 country hits and some 50 albums. This collection shows that he is without doubt, one of the very best. He is truly one of the all-time major entertainers of country music.
-
One of country music's true legends, Mel Tiflis initially made an impact as a songwriter, penning hits throughout the 1950s and 1960s for Webb Pierce, Ray Price, Bobby Bare, Little Jimmy Dickens, Stonewall Jackson, Kenny Rogers & The First Edition and many others.

Though he was a popular club act in Florida in the mid-1950s and started recording in Nashville in 1958, it was not until the early 1970s that he really made an impact as a performer in his own right. Following hits with such self-penned songs as Heart Over Mind, Commercial Affection, I Ain't Never, Good Woman Blues, Burning Memories, and touring with a superb modern honky-tonk styled band, he was named the CMAs 1976 Entertainer of the Year.

Though he has suffered a life-long stutter, and even named his autobiography Stutterin' Boy, he successfully turned his speech impediment to good use, becoming, unbelievably, an in-demand guest on all of the American TV's top chat shows. Also he made his mark as an actor, appearing in such movies as WW And The Dixie Dance .Kings and Uphill All the Way. This collection covers the years from 1970 through to 1976, when signed to MGM Records, he scored more than a dozen top ten country hits including such classics as The Arms Of A Fog Stomp ThemGrapes. Woman In The Back Of My Mind, Neon Rose, Memory Maker and duets with Sherry Bryce of Take My Hand and Living And Learning.

There's also Mel's versions of songs that he penned for others, including Ruh); Don't Take lour Love To Town, Mental Revenge and Detroit City.

A Victorian morality fable. "That song fits my philosophy," said songwriter Harlan Howard. "In most relationships, if there's a bad person, it's usually the guy. If anybody's gonna cheat, normally it's the guy. If anyone loses their ego and has to go out and have an affair, it's the guy in most cases. That's just the way it is. Most of the heartaches in this world occur to women." Howard pitched the song to Little Jimmy Dickens, who recorded it on September 3, 1964. "Harlan said, 'I don't want no one else to do this 'cept you,'" Dickens told Eddie Stubbs. As the single before May The Bird Of Paradise Fly Up Your Nose, it sold very few copies. Tillis recorded it for Kapp in December 1966 as the follow-up to Stateside, and it followed Stateside into the charts, peaking at #11, even earning a release in England. After Tillis, many artists recorded it, including George Jones, Conway Twitty, Charley Pride, Ernest Tubb, Willie Nelson, Carl Smith, and soul legend James Carr. Perhaps the most memorable version was by Mack Vickery who recorded it for his notorious 'Live At The Alabama Women's Prison' LP. Tillis’s record stuck in the mind of producer Steve Buckingham. In 1987, Buckingham was producing Ricky Van Shelton's first LP and pitched Life Turned Her That Way to him. "Mel's version was a waltz," said Shelton, "Steve and I changed it to 4/4 time, and, after we changed it, we found out from Harlan that he wrote it in 4/4." In Ricky Van Shelton's hands, the song reached #1, nearly twenty-five years after Harlan Howard wrote it. (Mack Vickery's 'Live At The Alabama Women's Prison' album is available on Bear Family, BCD 16994). 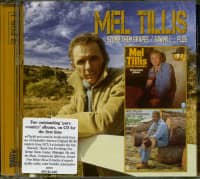 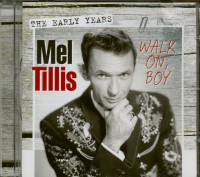 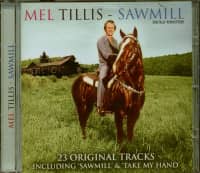