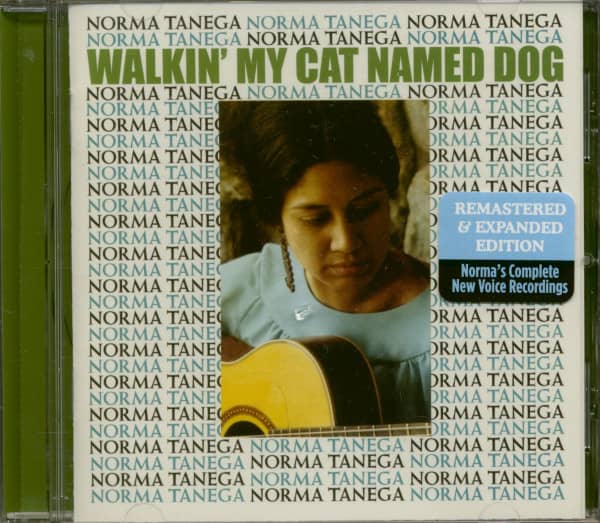 (Real Gone) 14 tracks
Listeners rediscovered Norma Tanega because of "You're Dead", the theme song of the film and television series "What We Do in the Shadows", but she was first discovered by producer Herb Bernstein when she sang at a summer camp in the Catskills. Bernstein brought her to the attention of Four Seasons songwriter Bob Crewe, who signed her to his New Voice label. Success was almost instantaneous for Tanega, with the title track from her 1966 album, Walkin' My Cat Named Dog, reaching number 22 on the charts, but the folk-pop sheen of the album masked the fact that her material was not standard top-40 fare.

Tanega's voice was unconventional, and her songs were very personal and idiosyncratic, using unusual structures and metres. The only previous CD release of this cult classic album was from the 90s and suffered from indifferent sound and packaging.

Real Gone Music's remastered and expanded edition features a fresh remastering from Hi-Res Digital Files by Mike Milchner and adds two non-LP singles, "Bread" and "Run, on the Run" to include their complete vocal recordings.

With liner notes by Richie Unterberger, additional photos and a long overdue tribute to the late, great Norma Tanega.