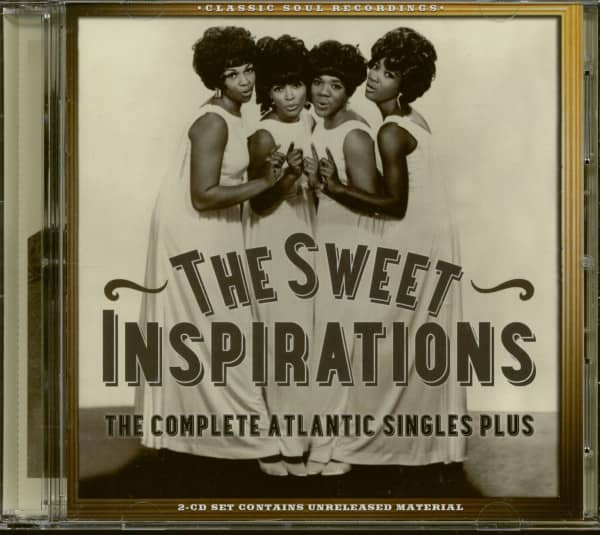 (Real Gone Music) 37 classic soul tracks 1967-1970 (3 unreleased) with 16 page booklet by David Nathan.
What a wonderful set of amazing music in crystal clear sound quality - A Must Have for Soul/R&B/Vocal Group and Elvis Fans!*****
The Sweet Inspirations, originally formed from a group of 1960s female backing singers that included Dionne Warwick, her sister Dee Dee, her adopted sister Judy Clay and "Just One Look" singer Doris Troy, became official Atlantic recording artists after being the first studio group for many of the label's major artists, including Aretha Franklin (with whom they toured in 1967 and 1968), Wilson Pickett, Solomon Burke, The Drifters and Esther Phillips.

Consisting of Emily "Cissy" Houston (who took Dee Dee Warwick's place when she launched her own solo career in 1965), Sylvia Shemwell (sister of Judy Clay) and gospel singers Estelle Brown and Myrna Smith (whom Dionne and Dee Dee had met during their teenage years at New Hope Baptist Church), The Sweet Inspirations had their first single hit in 1967 with their rendition of The Staples Singers' "Why (Am I Treated So Bad)" The song was written for them by Dan Penn and Spooner Oldham, who played on some of the group's Memphis sessions. In 1969, the group was hired by Elvis Presley as his backing band and spent several years touring with him. Cissy Houston left the group in 1970 to pursue a solo career; Estelle, Sylvia and Myrna continued to record as a trio on Stax Records and RSO Records.

The Atlantic Years presents 37 tracks, including the A and B sides of the group's 18 singles (with the 1970 hit "Gotta Find Me A Brand New Lover" originally released as Parts 1 and 2 and combined into one track), one track unearthed from the Atlantic vaults in 2004 and previously available only on an out-of-print US compilation, and three previously unreleased sides (including a six-minute-plus medley of "Little Green Apples," Aretha Franklin's "Think" and "Something" by The Beatles).

The 2-CD set includes photos and notes by David Nathan of SoulMusic Records and remastering by Mike Milchner of SonicVision. Perhaps the greatest female backing vocalist of them all is finally in the spotlight! 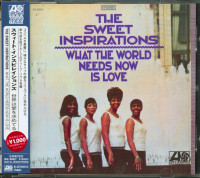 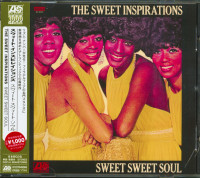