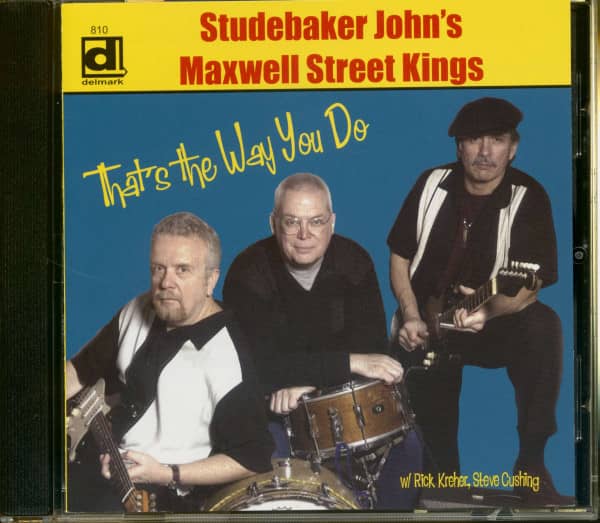 Studebaker John's Maxwell Street Kings: That's The Way You Do

The Maxwell Street Kings are paying tribute to the wild and early days of electric blues in Chicago when blues giants like Muddy, Wolf, or Elmore James were playing in smoky southside clubs. Without ever sounding romantic or nostalgic, this trio has recorded a fine set of original material. Dirty, rough, raw and wild sounds bringing back memories of the days when Chicago style was inventive and seminal. STUDEBAKER JOHN - gtr/slide gtr/hca/voc, RICK KREHER - gtr, STEVE CUSHING - drums.

Studebaker John Co-Producer, Vocals, Slide Guitar, Harp John is an internationally-renowned bluesman whose life in the Blues was inspired by his early experience at the Maxwell Street Market and nearby clubs. He established a loyal fan base while leading his band, the Hawks, and releasing albums on the Blind Pig, Evidence, St. George, Parsifal and Avanti record labels. A prolific songwriter, his compositions have been covered by many other artists, and his recordings have appeared in films and on television.

Rick Kreher Co-Producer, Guitar, Backing Vocals Rick has been on the Chicago Blues scene for many years. Some of his earliest memories are of visits to the legendary Maxwell Street Market on early Sunday mornings. Rick has played and recorded with many of the city's blues legends including a lengthy stint as the last guitar player in the great Muddy Waters Blues Band. Recently he has put his efforts into helping the few remaining Chicago blues greats with recording and tour dates.

Steve Cushing Drums Steve is possibly the only Chicago drummer left who naturally plays in the style of the early blues giants. His feel for the music developed during years of playing behind blues greats such as Big Smokey Smothers, Magic Slim, Billy Boy Arnold and countless others. Steve is also the host of the long running National Public Radio show, 'Blues Before Sunrise'.


Mike Konopka Co-Producer/Engineer Mike has been a journeyman recording engineer and producer in Chicago for over 30 years. His recent clients include Derek Trucks, North Mississippi All-stars, Wilco and Ray Davies of the Kinks. 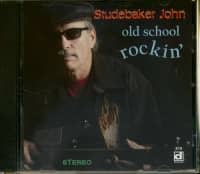 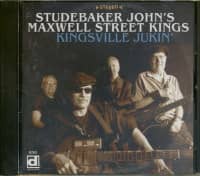 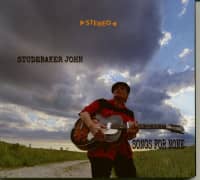