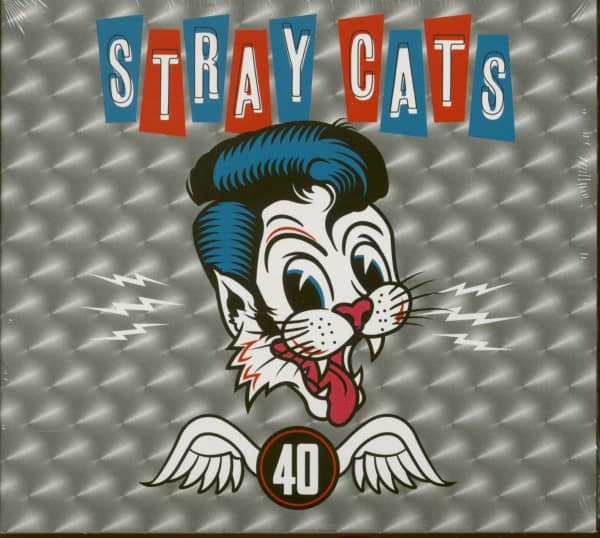 The Stray Cats celebrate their 40th anniversary and return with their new album "40" and a tour! Brian Setzer, Lee Rocker and Slim Jim Phantom release their first album together in 26 years!

Turn up the speakers, because The Stray Cats are back! Brian Setzer (guitar, vocals), Lee Rocker (bass, vocals) and Slim Jim Phantom (drums, vocals), the founding members of the cult American rock'n'roll trio, celebrate the band's 40th anniversary with a new studio album and tour.

The title of the first joint album in 26 years is simply "40" and it is released on Mascot Records / Mascot Label Group. Song titles like Cat Fight (Over A Dog Like Me), Rock It Off, Mean Pickin' Mama and Devil Train already let the listeners guess that they can expect Rock'n'Roll at its best again.