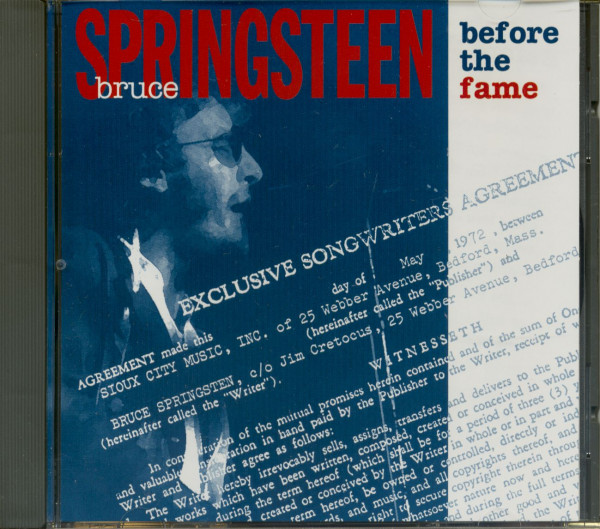 Please inform me as soon as the product is available again.
$28.57 *

Bruce Springsteen: Before The Fame (CD)

13 tracks
Before the Fame

He has been called the "last innocent in rock," which is at best partly true, but that is how he appears to audiences who are exhausted and on fire at the end of a concert. Springsteen is not a golden California boy or glitter queen from Britain. Dressed usually in leather jacket and shredded undershirt, he is a glorified gutter rat from a dying New Jersey resort town who walks with an easy swagger that is part residual stage presence, part boardwalk braggadocio.
...His music is primal, directly in touch with all the impulses of wild humor and glancing melancholy, street tragedy and punk anarchy that have made rock the distinctive voice of a generation.
...Springsteen's songs are full of echoes-of Sam Cooke and Elvis Presley, of Chuck Berry, Roy Orbison and Buddy Holly. You can also hear Bob Dylan, Van Morrison and the Band weaving among Springsteen's elaborate fantasias.
excerpts from James Willwerth's October 1975 TIME Magazine cover story