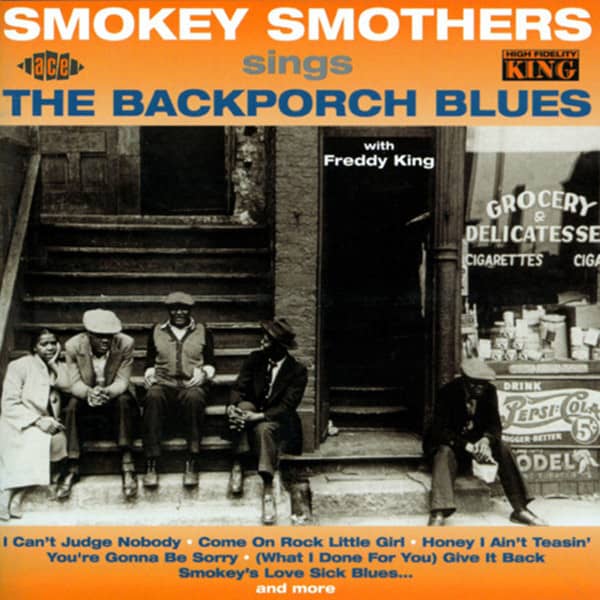 P Secure bonuspoints now
Description Review 0
Description
This may well be the 're-issue of the decade'! Only next to Frank Frost's legendary album for... more
Close menu

This may well be the 're-issue of the decade'! Only next to Frank Frost's legendary album for 'Philips International' in rarity, this also is besides Frost's recordings one of the best examples for early '60s electric downhome blues. Collected here are some of the deepest and moving blues from that era. A young guitar player from Chicago added some extra value to these takes: Freddy King. He was supposed to record his first ground-breaking session for 'Federal' the next day (which produced 'Hide Away'!). On Smokey's session he played some beautiful Jimmy Rogers style rhythm guitar, but also got a couple of solos. While doing their research, 'Ace Records' found a total of nine alternate versions that are also included here. 'The Backporch Blues' is an essential piece in any serious blues collection. SMOKEY SMOTHERS - gtr/voc, FREDDY KING - gtr, FRED JORDAN - gtr, PHILIP PAUL - drums.