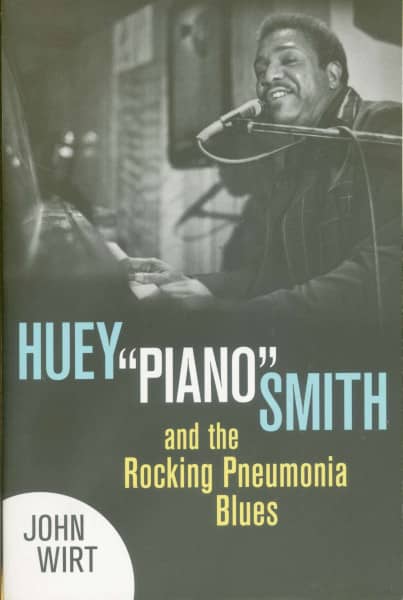 "I credit Huey with opening the door for funk, basically as we know it, in some ridiculously hip way, and putting it in the mainstream of the world's music": –DR. JOHN, 2011 Rock and Roll Hall of Fame inductee

Huey "Piano" Smith's musical legacy stands alongside that of fellow New Orleans legends Dr. John, Fats Domino, Ernie K-Doe, and Allen Toussaint. His 1957 classic, "Rocking Pneumonia and the Boogie Woogie Flu," made Billboard's top R&B singles chart, and hundreds of artists including Aerosmith, the Grateful Dead, the Beach Boys, Johnny Riv-ers, and Chubby Checker have recorded his songs. The first biography of the artist responsible for hits "Don't You Just Know It:' "High Blood Pressure:' and "Sea Cruise:' Huey "Piano" Smith and the Rocking Pneumonia Blues fol-lows the musician's extraordinary life from his Depression-era childhood to his teen years as a pianist for blues star Guitar Slim to his mainstream success in the 195os and '6os.

Drawing from extensive interviews and court records, author and journalist John Wirt also provides new insights on Smith's professional disappointments and financial struggles in the 198os and '9os as he battled over royalties from his most successful and profitable work. Throughout this intimate account, Wirt details Smith's significant impact on rock and roll history and underscores both the longevity of his music—which has entertained and inspired for over five decades—and the musician's personal endurance in the face of hard-ship and opposition.