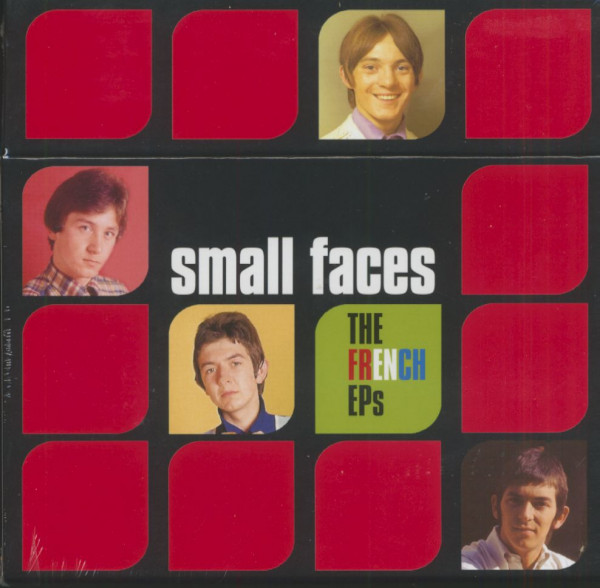 (2015/Universal-Decca) 20 Tracks - 5 EPs in a box, each with original cover sleeve repro, big center hole - This treasure trove of Sixties nostalgia is a beautifully packaged box with correct mixes, faithfully replicated cardboard sleeves and heavy cardboard flip-top box. The sound quality, remastering and quiet vinyl here makes this set a winner! The sound is surprisingly even better than that found on the reissue CDs. The version of 'Come On Children' included has never been reissued since the original 60's French EP until now and it is the best of the 3 versions released.. Several other tracks like 'You Need Loving' sound as if they were either slightly edited or mastered differently with a nod toward a more pronounced high end. As The Small Faces French EPs in their original state command high prices for collectors. This limited edition set is a sensible and essential collection to any British Invasion music library!