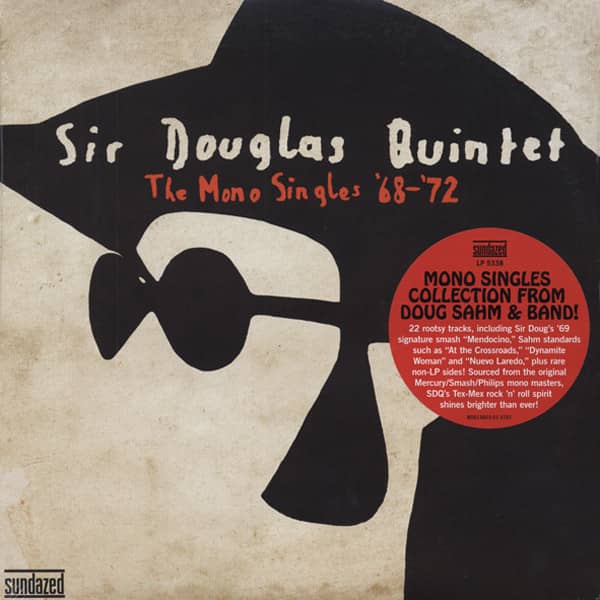 Please inform me as soon as the product is available again.
$41.82 *

Mono A & B sides singles collection from influential Tex-Mex combo! Texas-bred singer/songwriter/multi-instrumentalist Doug Sahm was one of the most important musicians ever to emerge from the Lone Star state, and an inspiration to multiple generations of roots-conscious rock 'n' rollers. Sahm did much of his most beloved work as leader of the seminal Sir Douglas Quintet, the audaciously eclectic band that first burst onto the national scene in 1965. With trusty sidekick Augie Meyers providing distinctive support on the Vox organ, the Quintet delivered an infectious, eclectic mix that encompassed Tex-Mex border pop, raw garage-rock, hipster honky-tonk, horn-driven R&B and more.

The Sir Douglas Quintet's most productive and influential period was its late-'60s/early-'70s stint with Mercury Records and its sister labels Smash and Philips. That period saw the SDQ relocate from Texas to San Francisco and record some of their most enduring and adventurous music. And that music never sounded better than on the mono mixes that graced the singles that the band released during that period, which are collected on this deluxe set. The Mono Singles' 22 songs include the band's 1969 signature smash "Mendocino," along with such Sahm standards as "At the Crossroads," "Dynamite Woman," "Nuevo Laredo," "Texas Me," "And It Didn't Even Bring Me Down," "Michoacan" and his heartfelt rendition of Freddy Fender's "Wasted Days, Wasted Nights," plus a selection of rare non-album B-sides.

The collection also features Sahm's historic Nashville recording "Be Real," which he released under the pseudonym "Wayne Douglas" in an attempt to break into the conservative mainstream country market. This unique collection has been sourced from the original analog mono masters. This high-definition vinyl 2-LP set comes with extensive liner notes and lavish artwork. With these classic tracks now on vinyl, Doug Sahm's rootsy rock 'n' roll spirit shines brighter than ever!

Some of the best tracks by this outstanding group. Nobody sang the blues like Doug Sahm! 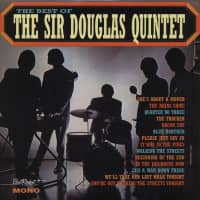 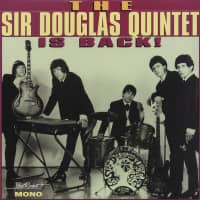 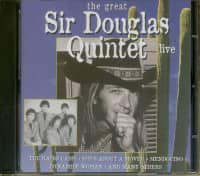