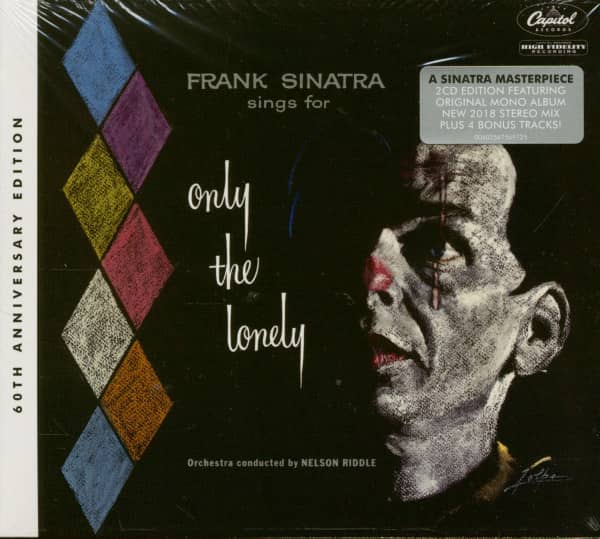 The absolute Frank Sinatra masterpiece - now as a deluxe edition!

'Only The Lonely' is Frank Sinatra's saddest album, for many also his best. For the 60th anniversary it was released as a remastered deluxe edition.

The cover shows Sinatra as a sad clown, the album itself is a first-class selection of the saddest American ballads, interpreted with style, class and deep feeling, arranged by a master of his craft: Nelson Riddle. When the LP was released in 1958, it stayed in the charts for an incredible 120 weeks, 5 of them at number 1.

No wonder that artists like Bob Dylan, Iggy Pop or Elvis Costello are declared admirers of the now mythically revered album. The iconic cover is one of the most quoted images in music history, generations of singers took their cue from the album's evocative mood, countless films made use of its music. With the new deluxe edition, you can now (re)discover 'Only The Lonely' brand new and in all its glory.

Media:
'The way Sinatra faced his private tragedies on it, the way he created songs for the ages with arranger Nelson Riddle, ensured that it remains one of the most quoted works of jazz today.' Recorded in three all-night sessions, the songs reveal a very special mood...' (Good Times, December 2018 / January 2019)