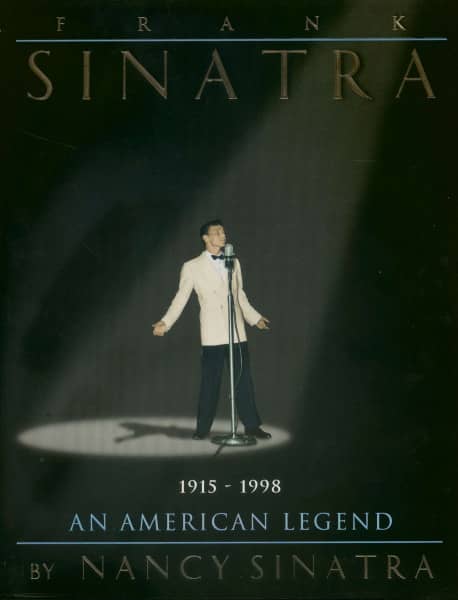 AN AMERICAN LEGEND
Frankie... The Sultan of Swoon... The Chairman of the Board... 0!' Blue Eyes...
Francis Albert Sinatra was the Greatest Entertainer of the Twentieth Century—unmatched in the length and breadth and diversity of his extraordinary career, and in the unwavering excitement and interest his life generated for millions of fans the world over. To celebrate the life of this American treasure, his daughter Nancy enlisted the help of family, friends, associates and even the man himself to create an intimate, can-did and complete portrait of Frank Sinatra, his music, his life and his work.

Rich in insight and with detail only they would know, this intensely personal journal sepa-rates' the fact from fiction, the real deal from the myths. By lacing together reveal-ing first-hand anecdotes and long-stored reminiscences, a unique perspective of this complex and elusive man emerges to give fans a glimpse of what his extraordinarily full life and its unbelievable events were really like. From Hoboken to Hollywood, from tenements to the White House—Frank Sinatra embodied the American Dream.

From Ava Gardner to Marilyn Monroe to Mia Farrow, he loved and romanced the most fascinating women of the century. From Joe DiMaggio and Humphrey Bogart to John E Kennedy and Ronald Reagan, he was close with legends froni all walks of life. From Tommy Dorsey to Bruce Springsteen, he inspired and worked with the greats of pop music for more than 50 years. FRANK SINATRA, AN AMERICAN LEGEND is the closest we will ever have to his mem-oirs. Hundreds of family archival photos, documents and personal correspondence—much of it never before seen—along with a complete discography and a comprehensive filmography round out this definitive look at a man the likes of which we will never see again.

Sinatra's first-born daughter, NANCY SINATRA, captured the eyes and ears of the world with her first number-one smash 'These Boots Are Made for Walking.' She has starred in several feature films and an Enemy Award. Nk inning television special, written a best-selling book and, in 1998, released an album entitled 'Sheet Music.'