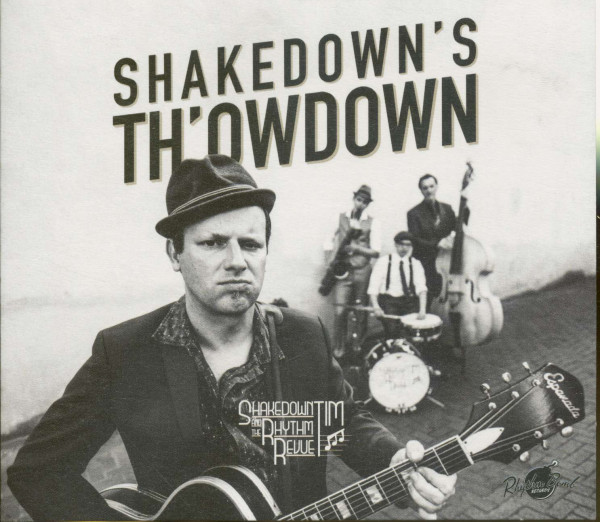 American blueslegend James Harman is the producer of this album. He also layed down some mighty fine harmonica. On ‘Icepick’s Shakedown Th’owdown’ he surprised everybody by shoutin’ out loud the album title and turning the recording room into a real juke joint party on a saturday night!

Piano player extra ordinaire Gene Taylor came over to tickle the ivories on six tracks.
The music fitted Gene like an old shoe. Even after a recording career of 45 years, he still has new tricks up his sleeve, just when you weren’t expecting it. He played beautifully!!!
The music sounds like it came from the previous century.

Tim sings about todays life… ex. about the way the analog man deals with this digital era… but most topics are timeless and universal: love, seks, adversity, good times, survival, parties…
The Rhythm Revue was in great shape (as always) and delivered BIG TIME. Bart Stone blew out some greasy and fat tones while Dennis Tubs was in control of ‘the engine room’ where he produced his magic rhythms. Boss stayed cool, calm & collected and handled the low frequencies perfectly. (All bass, no treble!!!) Tim turned his little ’41 Gibson amp all the way up to 10 and did his thang… Luckily the amp didn’t catch fire during this hot session.

The previous album ‘Hard To Catch’, produced by Nico Duportal, did really good and got the band on many renowned European stages. To be continued…
Enjoy “Shakedown’s Th’owdown” on your record player, CD player, iPod… or check them out live. This band is not only shooting from, but at the hips as well. They will, wanna see ànd make you dance! 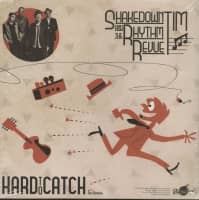 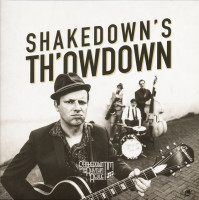