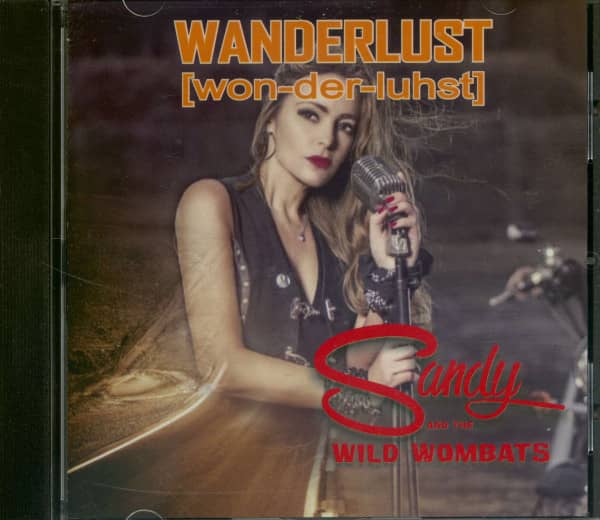 P Secure bonuspoints now
Description
Learn more about Sandy & The Wild Wombats
Review 0
Description
You know this feeling, when unrest rises up in you, when you feel the yearning for new places,... more
Close menu

You know this feeling, when unrest rises up in you,
when you feel the yearning for new places,
new people, and new experiences...
When your heart beats wildly, and your gaze goes astray...

When you can't fight the urge to go out and about,
because you need to feel alive...

Anyone listening to Sandy & The Wild Wombats for the first time will wonder how they have chosen their songs for this album. Fifties' classics – some of them almost forgotten - are revived here in new glory. Sandy's rough voice alone clears the old songs from its dust and make them up-to date again. And what power they get in the Wild Wombats' new rendition! It's the rough edges – the hard tones – that make Sandy & The Wild Wombats so appealing. Recorded and produced privately at the beginning of 2015, it was just to be a simple but usable demo recording. But the power and the enthusiasm – and of course Sandy's hot and expressive voice combined with tough backings of her band's musical talents – all of a sudden they had a complete album in their pocket!

With no flat spots, humorous, not too serious, Sandy & The Wild Wombats are on their way to stardom – with this album and with their wild and frantic live shows! For the first time, a modern rock'n'roll and rockabilly band has the courage to cover the classic Elvis movie song “Got A Lot O’ Livin' To Do”, bringing it back to life again. Listen to Sandy singing “Riot In Cell Block #9”rendered in the best Wanda Jackson style and “Have Love, Will Travel” takes also part in a series of great interpretations, although here the number is rather inspired by the Sonics' 1960s version than the striking Doo-Wop original by Richard Berry & The Pharaohs.

Most of the songs on this album were prompted by special requests (“Hello! I'm special! Play me!”) and followed the motto: “Why not try that one?” The idea was simply, “Make it rough and dirty! Just sing it! Just play it” One can feel it! So turn off your brain computer and get the feeling! 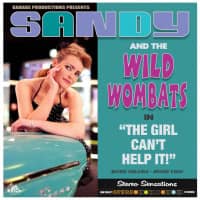 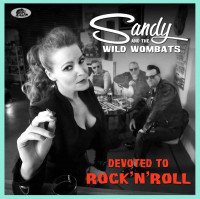