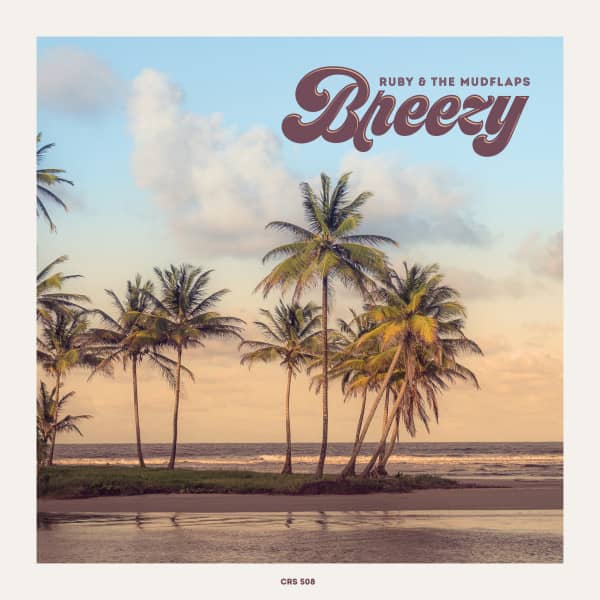 ·         First re-issue of this impossible to find modern soul masterpiece!

In 1972 Alabama-born singer Mel Canady was invited by keyboarder and composer Mike Thatcher to join Family Tree, a Munich-based band featuring Donna Summer, a.o. When Family Tree disbanded a year later, Mel and his band colleague Lucy Neale, a long-time member of Germany’s HAIR cast, decided to start their own project, a Chicago-style rock/jazz/funk outfit. The band’s name was born during a brainstorming session when someone put ’Ruby & The Mudflaps’ out there just for fun. After the broad laughter was over, they had found a name for their nine-piece band.

Based on its fancy live shows, the band soon found a considerable following in Munich and Southern Germany, skillfully combining soul and funk with sophisticated arrangements. Soon, Ruby and The Mudflaps became the house band of Munich’s jazz club, ’Domicile’. Mel Canady is the brains behind the band. At a young age while living in the south of the U.S.A., he got in touch with blues, gospel, and soul music, and he sang in church. While attending the Alabama A&M College he first met Fred Wesley. During the mid-sixties Wesley, who went on to work with James Brown a.o., already played the kind of music that made a lasting impression on Mel. After four semesters Mel left Alabama for the Nassau Com. College on Long Island, New York. It was there that he gained experience as concerrt shows with Chick Corea, Hank Mobley, Thad Jones, or James Brown were a daily occurence.

Post-graduate, Mel joined the U.S. army to be based at Munich, Germany where he soon begins working as a studio musician. One of his employers is Germany’s famous Schlager music producer, Ralph Siegel. In 1977, Mel introduces his new music project to Mr. Siegel. Siegel, impressed, agrees to release a 7“ 45RPM record on his Jupiter record label with his business partner Werner Schüler on the producer’s chair. The original A-side, Do The Boogie, was written by Keith Forsey und Mats Björklund, both from a group of Georgio Moroder’s session musicians.

The B-side was written by Mel himself. But the record flopped. Obviously, Ruby & The Mudflaps are too exotic for Siegel’s Jupiter Schlager music label. Several years later the band broke up. Mel is still living in Munich, working as a musician. He plays Ray Charles in the musical of the same name, he works as a singing teacher for soul, jazz, and gospel music, and he’s the keyboarder and vocalist in his own band from Munich, Chessboard. 35 years after ist original release, Breeze has been re-discovered by Northern, modern soul DJs and will now be re-released as a limited edition on Bear Family’s subsidiary, Cree Records.