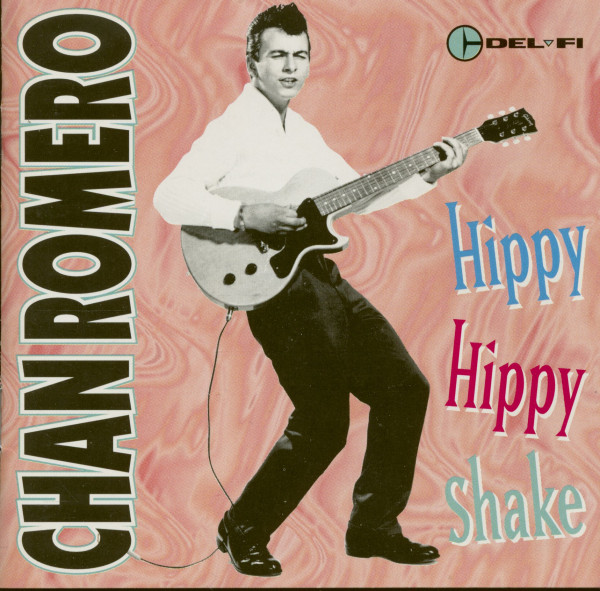 Learn more about Chan Romero
Chan Romero For those who aren’t familiar with the name Chan Romero, you definitely know his... more
Close menu
"Chan Romero"

For those who aren’t familiar with the name Chan Romero, you definitely know his biggest hit song The Hippy Hippy Shake, the anthem of Chicano rock and roll. Chan wrote and recorded the song in 1959 for Del-Fi Records, the label im- mortalized by Ritchie Valens. It was also released in England on Columbia and soon picked up by The Beatles who per- formed the song in their early live shows. Hippy Hippy Shake became a #1 chart hit in the U.K. and in most European coun- tries in 1964 as recorded by The Swinging Blue Jeans, and a version by The Georgia Satellites appeared on the sound- track to the movie ‘Cocktail’ in 1988.

Robert Lee ‘Chan’ Romero was born on July 7, 1941 in Billings, Montana. Romero’s father was part Spanish and part Apache, while his mother’s heritage was Mexican, Cherokee and Irish. Chan’s parents were farm workers originally from Colorado, but they relocated to Montana during the Great Depression. It was his grandfather who nicknamed young Robert Lee ‘Chano,’ and the handle was eventually short- ened to Chan. Chano comes from a Spanish phrase mean- ing “Little boy with pig’s feet” and Chan’s grandfather thought it appropriate because little Chano always ran around barefoot. Chan listened to country music radio during his childhood; his heroes were Hank Williams, Jimmie Rodgers, and the stars of ‘Grand Ole Opry.’

When he first heard Elvis Presley on the radio, he felt as though he was struck by lightning. After he’d watched Presley’s stage performances on sev- eral television programs in 1956, Chan became a rock and roll addict. Elvis was Romero’s first big musical influence. Chan hitchhiked to East Los Angeles in the summer of 1958 to stay with relatives and to check out the music industry. There he wrote The Hippy Hippy Shake. His uncle took him to meet Specialty Records A&R representative Sonny Bono (of eventual Sonny & Cher fame). Romero presented his songs to Bono, who liked My Little Ruby but wanted Chan to polish up the song and return when done. Romero had to go back to school in Montana and never returned to Specialty.