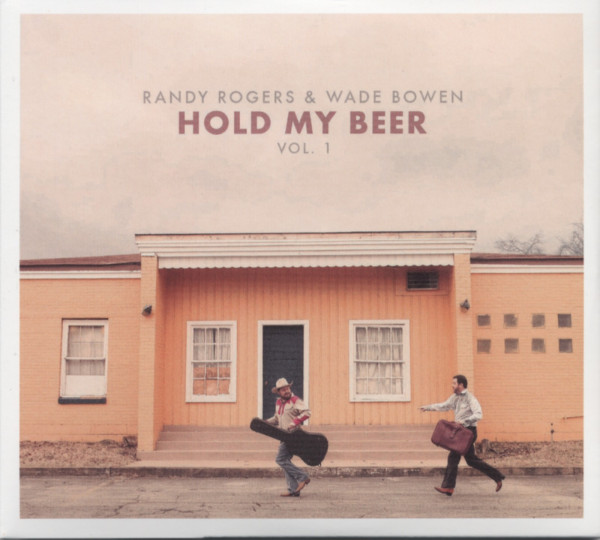 (2015/Lil Buddy Toons) 10 tracks.
Randy Rogers and Wade Bowen are two artists whose individual careers are years deep. They both boast a string of acclaimed records and command large audiences nationally, but Hold My Beer: Vol. 1 grew out of the pair's decade-long, house-packing acoustic tour they started doing just for the fun of it. Hold My Beer: Vol. 1 is a record that's part road movie, part joke book, part Western philosophy but, above all else, is the story of enduring friendship and the value of personal integrity, Saturday night dance parties and a couple of good, stiff drinks. 'It became obvious to us that we should write the story of our friendship,' explains Bowen, 'How we met - how we became friends.' That story began 15 years ago, when Rogers dropped by one of Bowen's gigs. 'I invited him back to the house to jam,' Rogers explains. 'Anyway, the next thing you know, we're here, 15 years later.' That sense of camaraderie comes through in each of the album's ten songs. Musically, the songs are rich and layered - big, oaky acoustic guitars, swooping fiddles and lap steel that chuckles at every punchline. It's a proud declaration from two men who have weathered a lot, but are still looking for the next party, and still ready to provide it's soundtrack.