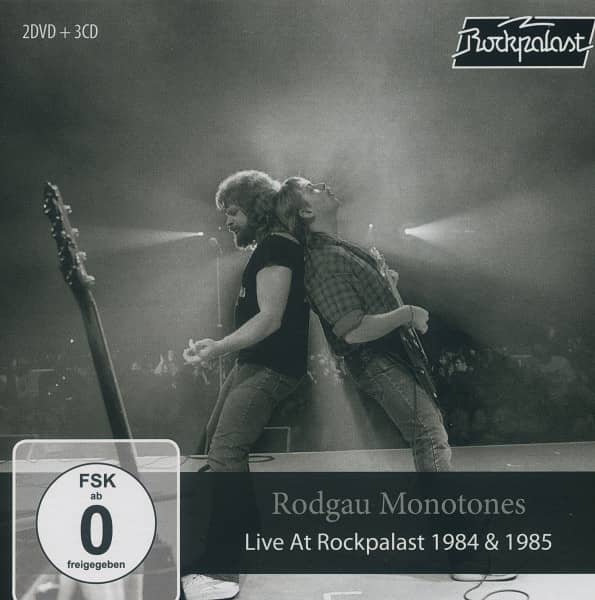 There were times when music didn't have to be serious, times when you took songs in the charts for granted that were just for fun. Sometimes they were like a shallow joke and sometimes biting satire, and everywhere there were amusing stories, not just about relationship dramas or new love, but about all the little adventures that happened around the corner, reflecting all of our lives without pathos but with charm, irony and often out of pure fun and frolic. And one of the bands that unleashed their very own humor on the world back then are the Rodgau Monotones. For 40 years now, the Hessians have been making their "quality noise" (as they describe it themselves) and playing classic rock, which doesn't take itself seriously, but the craft for it all the more. Founded in 1977, their love of music was already evident in the fact that they started out as a cover band out of pure enthusiasm. But soon they also started to bring their own material on stage and when their first record "Wollt ihr Musik, oder was?!" was released in 1982, they could not be stopped.

At the beginning of 1984 their most successful album came out with "Volle Lotte", they were in the discussion and then on the list of the Rockpalast. The invitation alone was a recognition. And already the virtuoso guitar solo of Raimund "Ray" Salg in the very first song proved that they fully deserved this invitation. "You can look forward to solos - you'll have your socks off," as saxophonist (and later Badesalz celebrity) Henni Nachtsheim announces - somewhat belatedly - to the fans in the Bochum coal mine.

And so they were invited to the "great Rockpalast" in the Grugahalle just one year later.