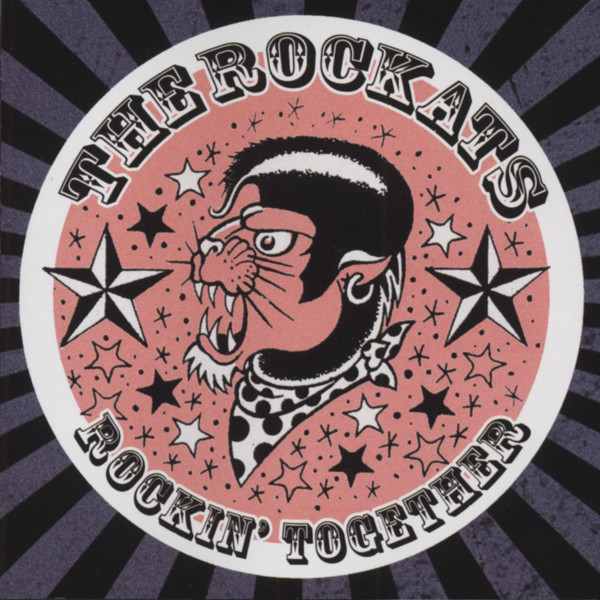 This article is deleted and can no longer be ordered!
Please inform me as soon as the product is available again.
P Secure bonuspoints now
Description Review 1
Description
(2013/Lanark) 12 tracks, tremendous actual album by the Rockats, who started to play the scene... more
Close menu

(2013/Lanark) 12 tracks, tremendous actual album by the Rockats, who started to play the scene in 1977! Linernotes are by Brian Setzer, Lewis King and DC Larson! Highly recommended!

For many young Rockabilly fans who, like me, discovered this music in the 80’s, Levi & the Rockats’ Live At the Louisiana Hayride and the Rockats’ Live at the Ritz were almost as important the Stray Cats debut album for their rockin’ education. They influenced countless bands and still continue today. So what was my surprise when I heard that after a 10 year hiatus the Rockats were back with a brand new studio album. Not a best-of, not a live, but 12 brand new sparkling songs written by the band (and their producer Quentin Jones who made a terrific job). And believe me cats, you should hide your kittens for this boys are still full of energy and they claws are sharper than ever.

“Rockin’ Together” kicks off with “The Doubt” a superb modern rockabilly that sets the pace of the album: Dibbs’ vocal on top, solid guitars and rhythm section and top notch production. The title tracks lives to its name. “Why Do You Love Me (If I Don’t Treat You Right)” is a superb modern number that a strong commercial appeal without selling itself. Next is “The Road to Hell” a pure Rockabilly with an Elvis feel and featuring what Brian Setzer calls in his liner notes “the twin rockabilly guitar attack” of Barry Ryan and Danny Harvey. Another highlight for the guitars is the surf tinged instrumental “Kitten with a Whip” penned by drummer Mike Osborn. They prove to be more than able on the honky tonk side with “ Olde Hickory Road ” featuring harmony vocal, piano and pedal steel effect on the guitar. They definitely should do more like this (actually you should try Dibbs’ solo album for more in that style). By comparison, Red Headed Rockin’ Gal is more on the blues side completed by finger snaps for that late 50’s rock’n’roll feel, that one also finds in Sweet Sweet Charlotte a rockaballad with echo not far from Gene Vincent. Then the album ends with a string of three rockers, starting with Tear the Roof Off (very appropriate name), going harder with “Bad Love” (the kind of thing that could be played by Morrissey when he’s on top rockin’ form) and climaxing with the hot rocker ‘Reckless Rebel” again featuring strong guitar parts.
A great album and one thing is certain the Rockats will continue to inspire many more bands!
Fred Turgis
www.the-rockabilly-chronicle.com