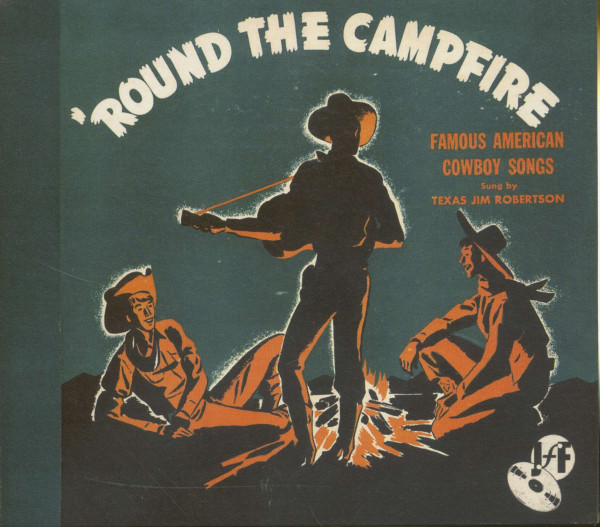 (and more bears) 8 Tracks - Digipack - Limited Edition: 300 copies
For many listeners during the 1940s, Texas Jim Robertson (1909-1966) defined cowboy and western music, his resonant bass-baritone voice booming out of juke boxes and radio receivers coast-to-coast. A native of tiny Batesville, Texas, Robertson made his radio debut around 1925 when an aunt brought him to a Charlotte, NC, station. By the late thirties, he was singing western songs over New York’s WJZ, flagship station of NBC’s Blue Network.

After serving in the Navy during World War II, Robertson returned to WJZ and RCA Victor. Despite chart action covering hits by other country artists, his career was in decline by the end of the forties. Robertson continued to record sporadically into the 1960s.
Dave Samuelson
Camden, Indiana
August 2019 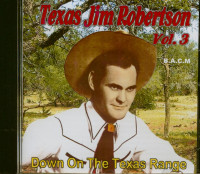 Tracklist
Robertson, Texas Jim - Round The Campfire (CD) CD 1
01 Home On The Range
02 The Cowboy’s Dream
03 O Bury Me Not On The Lone Prairie (The Dying Cowboy) (traditional)()
04 In Texas For The Round-Up In The Spring
05 Red River Valley
06 The Border Affair (Mi amor, mi corazón)
07 Ridin’ Old Paint (And Leadin’ Old Dan)
08 The Texas Song (A Cowboy Lament)