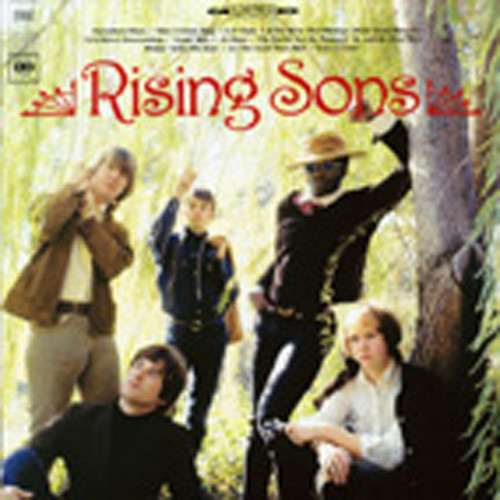 Featuring Taj Mahal, Ry Cooder, Jesse Lee Kincaid, Kevin Kelley, and Gary Marker, the Rising Sons added an earthy dose of rural country blues to the fast-evolving rock scene of the mid-'60s. Though this Los Angeles-based group led a storied existence between 1964-1966 and were well-known for their live performances'admirers included Bob Dylan, Mick Jagger, Keith Richards, Mark Lindsay, and David Crosby'their debut album, produced by Terry Melcher of Byrds fame, languished unissued in the Columbia vaults.
To set matters right, we've rounded up a dozen long-lost Rising Sons tracks and dressed them up in a pair of pristine, previously unpublished full color photos to present the Rising Sons' self-titled debut LP as it might have looked and sounded had it appeared in 1966!