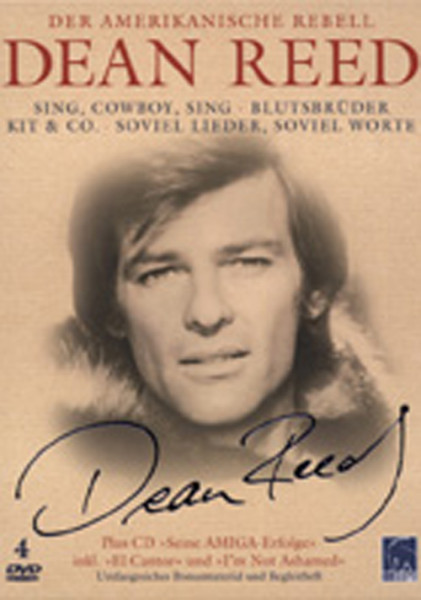 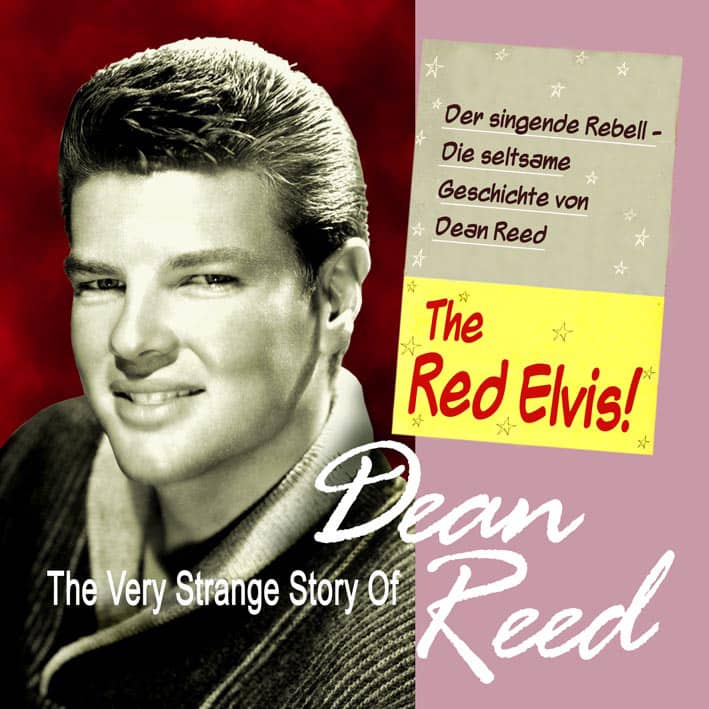 On June 17, 1986, Stasi (the former GDR Secret Service) agents discovered the dead body of socialist superstar Dean Reed. His remains were found in Lake Zeuthen on the outskirts of East Berlin. The news of his death soon spread around the world. In the former eastern bloc, nobody believed that it was suicide or an accident. The Stasi was responsible, they whispered. The Stasi, they said, had prevented Dean Reed from returning to the USA. Others said it was a conspiracy that involved the CIA, Mossad and/or the KGB. They suspected Dean Reed had been more than just a naïve singer between the fronts of the Cold War. Most likely we will never learn the ultimate truth. What’s without question is that Dean Reed was a true one-off figure among the pop stars of the 20th century. He was a young American who moved behind the iron curtain in the early seventies. In the West, he remained utterly unknown. But in the East he became the greatest pop star that socialism ever produced.

Dean Cyril Reed was born September 22, in 1938 on a chicken farm in the vastness of Colorado. After finishing high school he worked on a dude ranch near Denver. He roped and wrangled, and sang cowboy ballads for the guests at the campfire. He also played neighbourhood bars, and became known as 'Denver Kid' on the radio. Cowboying was the only profession he ever knew, but in the summer of 1958 he ended up in Hollywood. He signed a seven-year contract with Capitol, and the label released seven 45s by him. One other single was issued by Imperial in 1961, but by that time Dean Reed was trying his luck in South America.

Until now, the Capitol sessions were more or less lost. With this CD the gap will finally be closed. Next to songs by well-known songwriters and composers like Don Robertson, Boudleaux & Felice Bryant, and Dave Burgess the album contains three songs penned by Dean Reed himself: The Search, Don't Let Her Go and Our Summer Romance. The Search made it to position #96 on the 'Billboard' charts and stayed there for one week. But major success was a long time coming.

For a short period, a man named Leroy Eberharder acted as Dean’s manager. As Roy Eberhard, he had been an unsuccessful singer, and Reed soon fired him, and never had another manager. After a couple of flops, Dean suddenly had a hit record in South America with Our Summer Romance in 1960. He packed his bags and took a plane to Chile where he was received by screaming teenagers. Our Summer Romance was on turntables everywhere in South America. Dean rushed from one gig to the next. Later, he used this success to legitimize his claim that he was a worldwide star. Again and again, he told people that Our Summer Romance made it to #2 on the US charts, although it didn’t. Later, though, Soviet propaganda announced that Dean had achieved great success in the USA, but had left to protest against the war in Vietnam. In fact, Reed just went where the work was…like a good cowboy. After 1962, he and his first wife, Patricia Hobbs, lived in Mexico, Argentina and Chile. In Chile, he took bit parts in teen comedies, had his own tv show and casually became a political agitator. The bitter reality of the ghettos in the backyard of the USA had opened his eyes. Henceforth Dean Reed began regarding himself a singing freedom fighter. He was in close contact with the peace movement and politicians like Salvador Allende or Yassir Arafat. In front of American embassies, he washed blood-soaked US flags, he stood up against nuclear arms tests and was repeatedly arrested in various countries. Due to his courage and disarming honesty he was awarded with unforeseen popularity in South America.

In 1965, Dean Reed called on the participants of the world peace conference in Helsinki, Finland to hold hands and to sing We Shall Overcome. This appearance brought him to the attention of the Soviets, and he was invited to a concert in Moscow. One year later, Dean Reed was touring the former USSR for the first time, and the people loved him. With his good looks and his personal background he had all the prerequisites for stardom in a socialist society starved for pop culture. He was the first American rock star to be seen in Iraq, Bangladesh, Afghanistan, Mongolia and the bigger part of the former Eastern bloc. In the late sixties, even Mikhail Gorbachev came to see his shows.

In South America though, Dean Reed  ran into growing trouble...