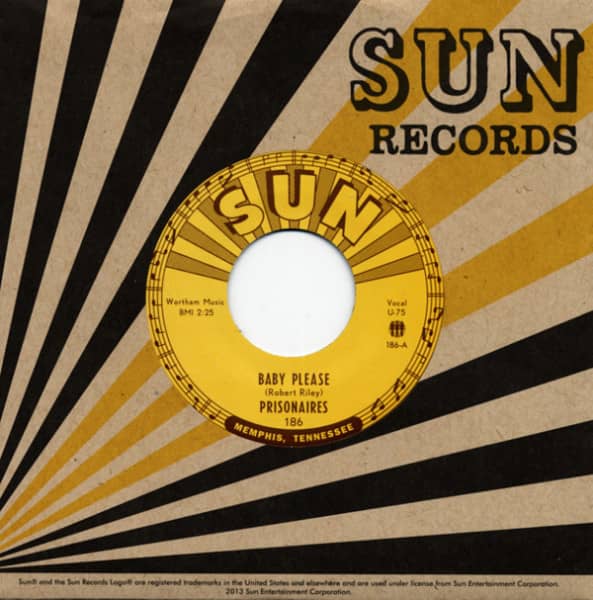 Please inform me as soon as the product is available again.
$11.87 *

(2013/Sun/Third Man) Re-issue with new company sleeve.
Sun Records has teamed up with Third Man Records to bring you authentic reissues of the classic Sun singles. They are manufactured in Nashville, TN by United Record Pressing on black 7" 45 RPM vinyl.

Learn more about Prisonaires
The Prisonaires A ccording to prison records, Johnny Bragg was a badass kid, born in... more
Close menu
"Prisonaires"