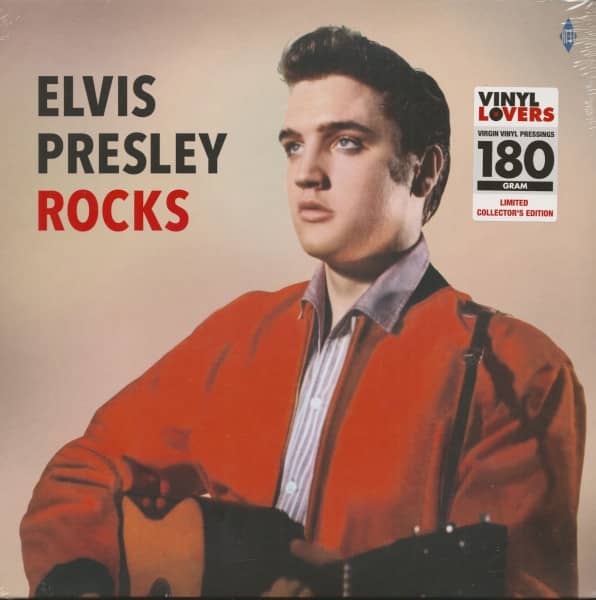 In 1954, Elvis Aaron Presley kicked off a musical revolution by modernizing traditional genres such as blues,country and bluegrass (he also embraced black and white gospel, mainstream popular music. light opera, and more). Quicker
tempos, hot-rodding arrangements, edgier textures — all of these things became hallmarks of his music. Throw in a charismatic stage presence with then-scandalous hip-swings, and it's easy to see why Presley set the charts (and hearts) of young audiences ablaze.

When Elvis first went to Sun Records to cut a commercial record in July 1954 at the time he was working as a delivery truck driver), he had more or less found his sound. Presley became successful in the country market surprisingly quickly. The music of established country artists such as Webb Pierce and Carl Smith was adult in content and execution. Elvis gave younger country fans something of their own. Much of the verve from Elvis' style came from R&B. but it was marketed as country music, and the best exposure he got in 1954 and 1955 was on the Louisiana Hayride and from country disc jockeys.

Elvis was already starting to show signs of breaking out of the country market
when his Sun contract was sold to RCA in November 1955, a deal masterminded by
his new manager, Colonel Tom Parker. By the end of March 1956, his first RCA single.
'Heartbreak Hotel' had sold one million copies. In a way that Bill Haley never could, Presley became both a figurehead for rock & roll and a lightning rod for all those who
despised it In his dress, his stage moves, and his few stage-managed interviews, he projected an image that was at once threatening and vulnerable.

Widely hailed as the 'King of Rock & Roll', Elvis Presley was indisputably the most
influential performer in the history of the idiom, and his life and career have been
more thoroughly dissected than any other artist in popular music.

This special vinyl edition contains one of Elvis Presley's harder-to-find albums, Elvis Presley Rocks. It's a valued item for serious collectors, as it was only released on the RCA label in South Africa in the late 1950s (probably 1958) and has been long
unavailable on any format. The front cover is derived from the 1957 EP entitled Just
For You,  and the songs seem to be taken from EPs and singles from that period. Most of these tracks were also included in other seminal Elvis compilations, like For
LP Fans Only, 50,000 Elvis Fans Can't Be Wrong, and A Date with Elvis, which were
all issued in 1959. The back cover of the album contains an interesting photo of
Elvis in his army days, and his autograph printed with the words 'Best Wishes Elvis
Presley'. This particular image was never published anywhere else before this LP.

Elvis Presley Rocks was a 12-song collection of some of the King's biggest hits of his
early years, which was released just as he was beginning his military service.
Expecting a dearth of material during Elvis' time in the Army, it seemed only
logical to assemble these sides (which were originally recorded between 1954 and 1958). This long play exposed South African fans to a number of Presley's seminal 1954 and 1955 Sun recordings for the first time. RCA chose to 'enhance.. ' the Sun recordings with added reverb, but the power of the performances on 'I'm Left, You're Right, She's Gone',  'You're A Heartbreaker',  Arthur Gunter's 'Baby Lets Play House', and Bill Monroe's 'Blue Moon of Kentucky' - shines through nonetheless. Other highlights of this LP are the opener 'I Got Stung',  'Wear My Ring around Your Neck', and a torrid cover of Lloyd Price's R&B hit 'Lawdy. Miss Clawdy.'

By this time. Elvis' voice was becoming one of the finest instruments in rock & roll, his idolization of Dean Martin and other popular singers paid off with a degree of control and articulation that his rivals could only envy, and it's all laid out here on what are still some pretty hard-rocking sides.

In addition to the original album, this collector's release also includes 2 bonus tracks from the same period --- 'A Big Hunk O' Love',  and the great 'I Beg of You'.
Gary Blailock
Note: The original LP. Elvis Presley Rocks (RCA-31.212), included no liner notes on the back cover.

(January 8, 1935, Tupelo, MS – August 16, 1977, Memphis, TN)
Elvis Presley (full name Elvis Aaron Presley) is the most outstanding personality in showbiz ever since, and the most popular entertainer the world has ever seen! His musical influence within music history and its following generations of musicians is still unbroken. His huge 'Blast-Off' in the mid-1950s, the rising star from a simply called 'Hillbilly Cat' (at Sun Records) to a lascivious Rock'n'Roll singer with charisma, a male sex symbol (then at RCA Victor) soon popularized him as "The King of Rock'n'Roll" or simply "The King".
His first cut within his tremendous career happened between October 1958 and March 1960 while Elvis was on duty with the U.S. Army and stationed in Germany. It was there in 1959 when he met his later wife Priscilla Beaulieu at age 14. Elvis and Priscilla married on May 1, 1967 in Las Vegas (divorce in 1973). Elvis evolved into an all-around entertainer after his Army service and started starring in Hollywood films. 33 movies in total, including the two concert documentaries 'That's The Way It Is' and 'On Tour'. He again shook the world with his 1968 NBC Comeback TV Special after his movie period without any stage appearances.
This TV special included the first ever unplugged session presented together with musicians from the early days such as Scotty Moore and D.J. Fontana. 1973 saw THE TV mega event at all: Elvis Presley, 'Aloha From Hawaii via Satellite'! Elvis' Honolulu appearance, the first time that a show was broadcasted worldwide via satellite! He was ahead of his time! Elvis Presley had 148 US single chart hits, including some so-called double-sider when A- and B-side both hit the charts like his 1956 smash 'Don't Be Cruel b/w Hound Dog', plus 15 EP hits between 1956 and 1977. Two billion of sold media and sound carriers by Elvis Presley is the estimated number! He received 14 Grammy nominations until 1978 and three Grammy for his Gospel interpretations. Elvis was the youngest artist when honored with the Bing Crosby Award (Lifetime Achivement Award) in 1971.
He is presented in 5 Halls of Fame (Rock'n'Roll, Rockabilly, Country, Blues and Gospel). Six of his song interpretations are collected in the Grammy Hall of Fame. On top of it all Elvis Presley got the most gold and platinum records and a Diamond-Award. He definetly is the 'Best selling solo artist in U.S. History' (RIAA – Record Industry Association of America)! Elvis Presley CD albums, vinyl records as LPs or singles at 45rpm - Bear Family offers a huge number of various Elvis Presley CDs, vinyl-LPs and 45rpm singles, vinyl- and CD box sets, books and mags, DVDs, unique and extraordinairy memorabilia! Let's say it in the words of one of Elvis sixties album title: There is "Something For Everybody"! And hey, you name it! Elvis Presley is the King of Rock'n'Roll, the biggest icon in showbusiness, and a great person who lives on forever!
Bear Family Records treats his legacy with the most respect and an optimum capacity of expert knowledge.
Review 0
Read, write and discuss reviews... more
Close menu
Customer evaluation for "Elvis Presley Rocks (LP, 180g Vinyl)"
Write an evaluation
Evaluations will be activated after verification.
Weitere Artikel von Elvis Presley
Elvis Presley: Elvis Ten Years After by Anne E Nixon (Hardback) Art-Nr.: 0016051