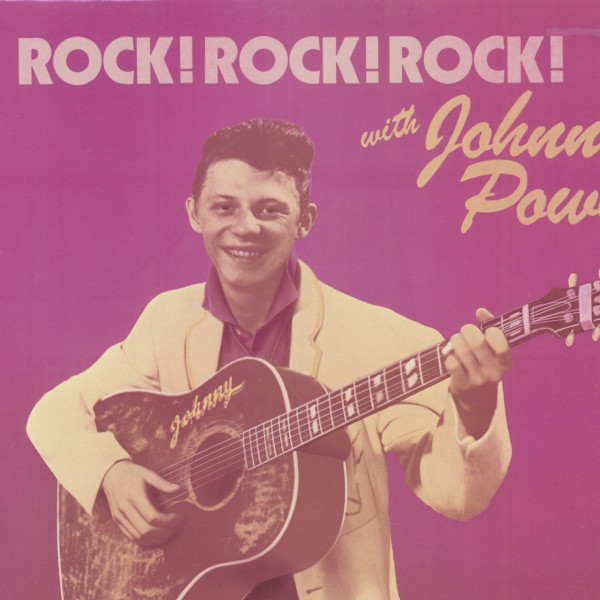 He was big in Detroit, Michigan, and an even bigger star in the UK thanks to the 70s rockabilly revival. All Johnny’s best early recordings are here, including many issued for the first time. Long blond hair, Rock rock, Honey let’s go (to a rock’n’roll show), Your love, I’m walkin’, Treat me right, Be-bop-a-lula, Mean mistreater, Trouble, With your love, with your kiss, Be mine all mine, Me and my rhythm guitar, Waiting for you, Oh so far away, Kiss-a-me baby, Falling star, The bigger they are (the harder they fall in love), Please return my love, Someone’s gonna hurt you, Seventeen

Born John Leon Joseph Pavlik in 1938 in East Detroit, MI, he was the oldest of five children. The family later moved to the small town of Utica, MI, just north of Detroit.

Pavlik was exposed to music from an early age by members of his father's family, who all played music for weddings and local dances. It was country music, however, that first drew Pavlik into music on a personal level; he discovered Lonnie Baron, a veteran country singer with a show on local radio and would listen and try to play along with a guitar that he'd bought for $2.50 from a school mate Tony Lawson who is now a neighbor. He later got some helpful instructions from Marvin Maynard, a musician who moved from West Virginia to Utica, MI.

In 1953, at age 15, Pavlik met Russ Williams Jr., a guitar player for his brothers band, Jimmy Williams and the Drifters, a local country band that played at a local venue called Bill's Barn and got a featured radio show on WDOG, a radio station out of Marine City, MI. They became good friends. Pavlik then joined the band as a rhythm guitar player. He also played rhythm guitar on two single records recorded by the band, "Rainbow Heart," "Teardrops and Memories," and "Loveless Kisses," and " Dream on Little Heart." But it wasn't long before rock & roll attracted Pavlik; it was Jack Scott's recording, "Baby She's Gone," that drew him into rock & roll.

Courtesy of Russ Williams Jr., Pavlik discovered Elvis Presley when he was still a Memphis-based phenomenon. He heard his song "Milk Cow Blues Boogie," which really interested him. It was a country song with a rock & roll beat. Soon after he heard Carl Perkins "Blue Suede Shoes" and "Honey Don't." Before long he was adding the beat to his own country songs.

In 1955, he got an audition with Fortune Records with Jack and Devoera Brown in Detroit. He paid $100.00 for his own session to record a pair of songs, "Honey Let's Go, to a Rock and Roll Show" b/w "Your Love," which was released on the Fortune label. When he finished his recording session, Mrs. Brown said to Pavlik, you need to change your name. She then noticed he was eating a candy bar, and said to him, what kind of a candy bar are you eating? He said, Power House. That's it! Your new recording name is Johnny Powers.

He named his band the Rocket's. In 1957, Johnny Powers changed the band's name to the Tom Cats, which consisted of Marvin Maynard on bass, Clark Locker, AKA, Johnny Clark on drums, and Stan Getz on lead guitar. They played at Bills Barn and went on to the Fox label with a pair of regional hits, "Long Blond Hair" b/w" Rock Rock ." They recorded a lot of song demos,, some of which have surfaced as bootleg releases in recent years.

Among his strongest work from this period were a pair of originals, "Mama Rock," and "Indeed I Do," released on Leedon Records, Lee Gordon's Australian record label. On both recordings, he sounds like the young, wild Elvis Presley that just arrived at RCA, and the group sings uncannily like the Jordanaires.

Things began to happen for Johnny Powers when his manager, Tommy Moers, and a Detroit radio personality, Mr. Don Zee as he would say, "two ee's if you please," got Johnny a contract with Sun Records on July 6th, 1959, heralded with the release of "With Your Love, with Your Kiss" b/w "Be Mine." A second single never followed. It's been believed that Mr. Sam Phillips started losing interest in releasing new product when the music started to change. He later sold Sun Records to Shelby Singleton.

In 1960, Johnny was asked to meet with Barry Gordy. He later became the first white artist signed to Motown Records and the only artist in history to have recorded for both, Sun Records and Motown Records, the two most historic independent, legendary record companies In the world.

Power's reputation as one of Michigan's preeminent progenitors of rock'n'roll was secured by a May 1999 article in the Detroit News, in which he was included with Bob Seger, Berry Gordy, Jr., and the MC5 in a "Michigan at the Millennium" list of the state's musical heroes. Powers also was the subject of a lengthy profile in the October 1994 issue of New Country magazine.

Powers is perhaps best known as the music legend who recorded a rock'n'roll classic seminal hit, "Long Blond Hair," a song that continues to thrill rockabililly aficionados witnessing Powers' live performances, listening to reissues of the original recording, or tapping their feet while enjoying the song's appearance on the soundtrack to the ShowTime Cable Network's film, Reform School Girls. The song's infectious popularity is evidenced by the anecdote Powers relates in which he was approached after a Detroit gig. "I just finished a show with Aaron Tipin, and a guy told me he finally got a chance to hear me do "Long Blond Hair." It was one of his all-time favorite songs." The fan turned out to be Ed Salamon, Westwood One's radio network president of programming.

While at Motown, Powers worked with producers and songwriters Eddie Holland, Marvin Gaye and Stevie Wonder's producer, mentor and author of "Fingertips," Clarence Paul. His five-year tenure at Motown enabled Powers to develop his talents as a songwriter and producer, abilities that flourished at Sound Incorporated and Sidra/Drew Records, the Detroit-area studios and record companies he co-owned in the 1960s and '70s. He also oversaw the label's recording-pressing and distribution operations. The many recordings he mastered for such labels as Epic, Capital, Warner Brothers, Roulette, Private Stock, Philly Groove, Ariola America, and many other labels evidence Power's brilliance as a producer of rock'n'roll, rhythm-and-blues and soul-tinged music. In his long and varied career, Powers also performed selective independent music promotion in Michigan and Ohio.

In addition to his successes as an artist and producer, Power's entrepreneurial skills resulted in the publishing companies begun by him. Powerhouse Music and his current enterprise, Jet-Eye Music, Inc. With Jet-Eye, Powers played a pivotal role in revitalizing the career of his friend George Clinton by licensing Clinton's music to various labels around the world. Jet-Eye is also responsible for reissuing classic recordings by numerous rock, jazz and doo-wop acts of the 1950s, '60s and '70s with internationally recognized labels in the United States, Europe and Asia. Powers negotiated and placement his performance of "Say It" in the Hemdale Film's production of Mosquito which aired originally on USA Cable Network and it continues to air on U.S and international television networks.

While becoming a musical jack-of-all-trades, Powers confesses that his first love is performing this music in front of live audiences. Each visit he says results in a growing legion of international fans. One of his favorite memories is playing a country music festival in France, which was hosted by a TV star, Patrick Duffy. The enthusiastic audience response resulted in Powers receiving an invitation to the event's VIP tent, where high-ranking French politicians and celebrities entertained him.

Johnny Powers boasts a career that encompasses every facet of the music industry. The ever-youthful Powers continues to tour the United States and Europe today, performing new and classic recordings with a voice recently Described by the LA Time's music critic Mr. Robert Hilburn as "big as Lake Superior." 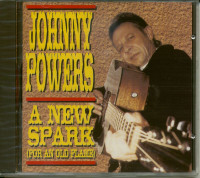 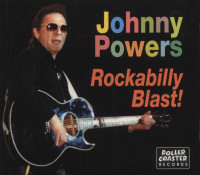 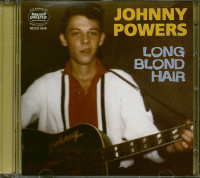 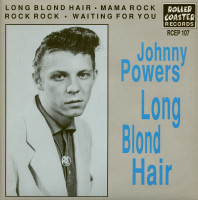