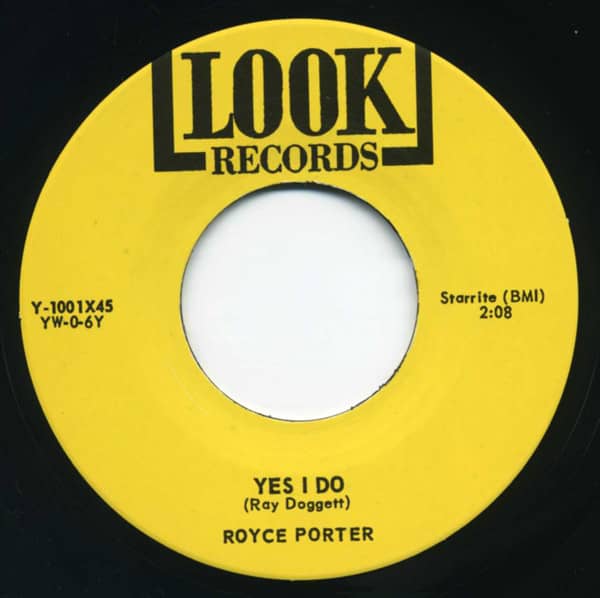 Monster Rockabilly split 45rpm. A-side is on 'LOOK' and the flip is 'D' out of Texas!!!

Well-known in recent years as a Nashville-based country songwriter who's penned hits for George Strait, Tanya Tucker and others, Royce Porter was only nineteen when he cut his lifelong buddy Ray Doggett's Lookin' for 'D' in the fall of 1958. However, as Colin Escott points out in his notes to 'The Complete 'D' Singles, Volume 1,' the Sweetwater, Texas native was already a seasoned veteran by this time. He and Doggett had cut rock 'n' roll for Doyle Jones & Bennie Hess' Houston-based Spade label, which led to a 'Pappy' Daily-brokered session with Mercury.

That deal fizzled, unfortunately, and Porter kicked around Texas until relocating to Nashville in the late '60s before he finally hit paydirt as a writer in the '80s. This session was produced by Doggett at Gold Star (Doggett also wrote both sides of the record) and, aurally, it sounds as though Porter might have been backed by the same Echoes who backed Johnny Mathis on his 'Les Cole' release.