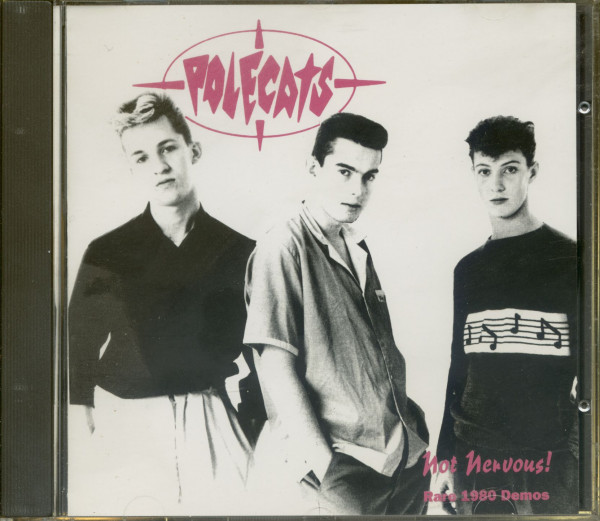 NOT NERVOUS! Rare 1980 Demos These songs were recorded in January 1980. The Polecats were mid-drummers at the time but still felt the urge to put some tracks down on tape. Phil played drums as well as slap-bass (which explains the occasional timing errors), except TRAVELIN' BLUES, BABY LET'S PLAY HOUSE and EASY RIDER which have no drums, and BABY BLUE and CRAWDAD HOLE have Ricochet Ray drumming. There were always friends coming round and sitting in on rehearsals so two of them were asked to sing a couple of tunes; Ricochet Ray sings BABY BLUE and John Willoughby sang CRAWDAD HOLE.

The engineer was Alan Warner also engineered their first session which produced the ROCKABILLY GUY single. Because his house couldn't be used for recording drums, the session was recorded at the disused house where the Polecats used to rehearse (as seen on the photo insert to the CULT HEROES LP), the songs were then finished at Alan's house. This was an important transitionary period in the Polecats career: they were changing drummers, had progressed to double bass and semi-acoustic guitars, they even auditioned a few singers. It was also around this time that Tim started to sing (his first song was RIGHT STRING BABY) which also signalled a new direction.

The mastertapes were lost or recorded over so these songs were dubbed off the last known surviving cassette of this interesting Icon recorded when the boys were 16 and 17 years old - but definitely Not Nervous! P.S. UP A LAZY RIVER was Phil and Boz jamming in their school music room one lunchtime!

This product will be released at 29 October 2021 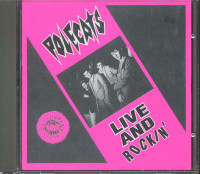 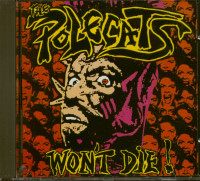 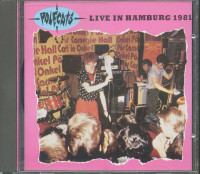 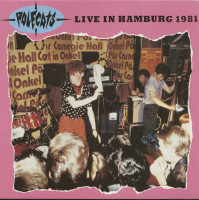