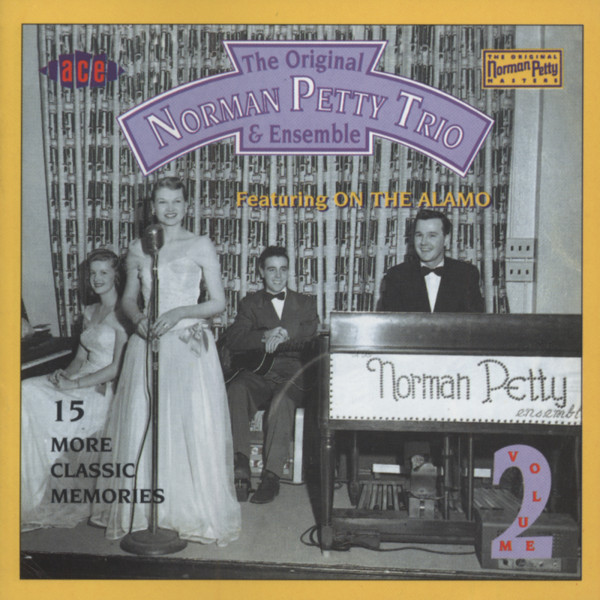 Norman Petty and his wife ran a cocktail lounge trio which recorded fairly successfully for Columbia and ABC in the mid-Fifties. Growing tired of being bundled in and out of recording studios under record-company pressure, they decided to build their own studio in their home town of Clovis, New Mexico. Completed in 1955, Petty discovered that he had unwittingly built the only bona fide studio in the area and before long began hiring it out to local talent for demo recording. First to record there was Roy Orbison who made his first disc, `Ooby Dooby', for the local Jewel label under Petty's supervision before leaving for Memphis and re-recording it for Sun.

Next came Buddy Knox and Jimmy Bowen (from Dumas, Texas) who recorded 'Party Doll' and 'I'm Stickin' With You' for their own Triple D label in 1956. These tracks were sold to Blue Moon, before the giant Roulette combine in New York bought the rights and released each title sep-arately. Both songs became hits — 'Party Doll' made No. 1 in America — and these early successes prompted Buddy Holly, a hitherto unsuccessful Decca artist from Lubbock, Texas, to visit Petty's studio and record some demos.

Sensing Holly's potential, Petty secured Holly's group, the Crickets, a new contract with Decca and released 'That'll Be The Day' which sold a million in 1957. Under Petty, Holly also began recording as a solo artist. More hits fol-lowed (`Oh Boy', 'Maybe Baby') and by 1958, Petty, who not only produced but often co-wrote the Crickets records, headed a thriving concern. A shrewd businessman, Petty did not lease out his studio at an hourly rate but simply charged a standard fee for each song recorded and offered to publish it.

When Holly moved to New York late in 1958, his rela-tionship with Petty grew strained and Petty was about to sue when Holly was killed in a plane crash. Petty spent the next decade processing and patching together remnants of Holly's considerable recording legacy and several of these songs became English hits in the early Sixties. Although Petty never again discovered a talent com-parable to Holly, he produced several more million-sellers including 'Wheels' by the Stringalongs in 1961, and 'Sugar Shack' by Jimmy Gilmer and the Fireballs in 1963. Petty still resides in Clovis where he runs a radio station and a larger, more lavish, studio.