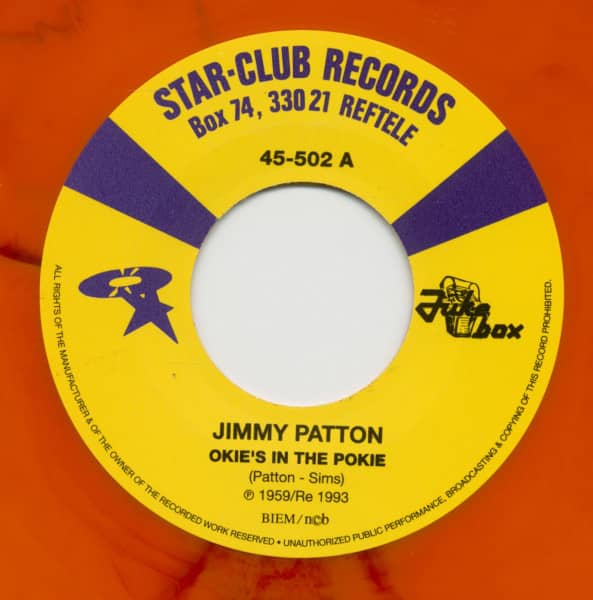 Jimmy Patton is justifiably known to rockabilly enthusiasts throughout the world for such great, wild and exciting sides as "Okie's In The Pokie", "Yak Iim Movin', "Let Me Slide" and "I'm Not Chuckin'".

But he was also a very fine country singer and from his first record "Careful"/"Guilty" on the Sims label in 1955, he laid down some first rate hillbilly and honky tonk music. With a high pitched voice reminiscent of Charlie Feathers, he was in fact capeable of singing in many styles. His career, including discography, was featured in issue No. 16, June 1983, of the Swedish magazine "Rock & Roll Performers Magazine" (which has subsequently been re-titled as 'American Music Magazine").

Unfortunately after this Jimmy was involved in a serious car accident and died of the injuries sustained. Being both a gifted singer and songwriter, Jimmy has left behind him recordings that will be held in high regard as long as there is rock 'n' roll and country music.