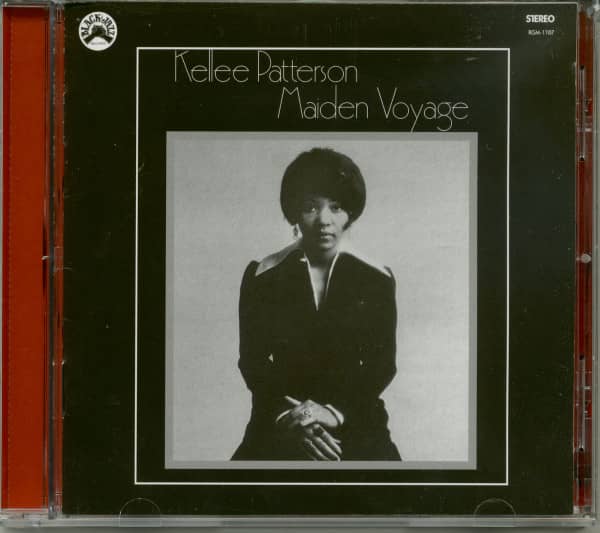 (Real Gone Music) 8 tracks, Classic Vocal Session from the High Collectible Black Jazz Label!
The Oakland-based Black Jazz label emerged from the late 1960s / early 1970s movement, which in turn led to a number of Black Run artist collectives such as AACM (Artists' Association for the Promotion of Creative Musicians). It was founded by Dick Schory, owner of Ovation Records, and pianist Gene Russell, who produced all Black Jazz releases

During its existence (1971-1975) the label has released about 20 albums. But a new generation of fans of old treasures and DJs discovered the amazing heritage of the label, soul, funk and free jazz, much of it imbued with the political and spiritual concerns of the time. Original LPs of the Black Jazz label are among the most expensive collector's items and sometimes earn hundreds of dollars

Now Real Gone Music has obtained the rights to reissue the entire Black Jazz catalogue on LP and CD. Remastered by Mike Milchner (Sonic Vision) LP Cuts by Clint Holley and Dave Polster at Well Made Music, pressed at Gotta Groove Records on black vinyl in the original album cover. Liner notes by Pat Thomas, author of "Listen Whitey! The Sights and Sounds of Black Power 1965-1975". Produced for the re-release by Real Gone's own Gordon Anderson and decorated jazz archivist Zev Feldman

"Maiden Voyage" from 1973 was the debut of the recording of Kellee Patterson, who was the first black woman to become Miss Indiana and who had a brief relationship with talk show host Johnny Carson. Not a typical Black Jazz album, this recording presents an extremely tasteful, smooth Jazz vocal. Patterson's rendition of the Herbie Hancock title "Tune" is simply great