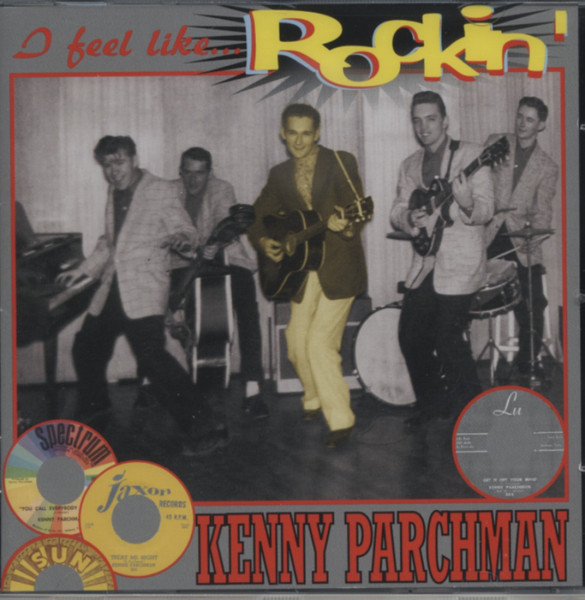 KENNY PARCHMAN came achingly close to having a record on Sun. Two songs were cut, publishing contracts were signed, recordings were mastered, assigned an issue number, scheduled... then cancelled at the last moment. Originally from Jackson, Tennessee--where he still lives, Parchman went to Sun in August or September 1956.

His single was to be Love Crazy Baby/I Feel Like Rockin' (now available on Bear Family's 'Complete Sun Singles Vol.2'). This version of Love Crazy Baby clearly comes from another session. The guitar is to the fore on this version, which probably dates from early 1957 sessions. Tennessee Zip is very much in the mode of Sun's big star from Jackson, Carl Perkins. Parchman has nailed Perkins' style right down to the scats.

He generally worked with local bands, and it might be his brother Ronnie we hear dueting with him on What's The Reason. Jerry Lee Smith is probably the pianist. Parchman went on to record for Jaxon Records, and then cut another single for Lu before going into the construction business.

"God, man," he said years later, "I don't know why Sam Phillips never released my record. My manager left town shortly before the record was to be released. Maybe Phillips didn't want to release a single if I didn't have a manager behind me. I felt for sure we were going to have a record out on Sun, though."