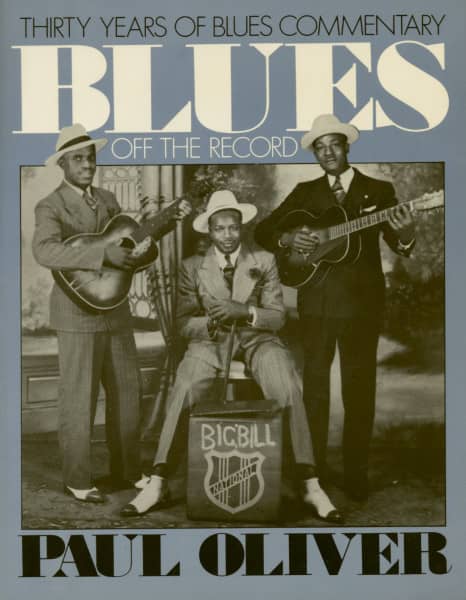 Blues Off The Record: Blues Off the Record: Thirty Years of Blues Commentary by Paul Oliver

For more than 30 years the British blues scholar Paul Oliver has re-searched, analyzed, promoted, and recorded blues musicians. This new book of essays and critiques originally written for such magazines as Jazz Journal, Jazz Review, Blues Unlimited, Jazz and Blues, and Living Blues is a vibrant anthology that reflects a lifelong passion for the anger, despair, and humor that only the blues provides. Arranged in sections that group together appreciations of guitar players (Tommy Johnson, Blind Lemon Jefferson, John Lee Hooker, Big Bill Broonzy), singers (Bessie Smith, Ma Rainey, Sippie Wallace, Jimmy Witherspoon), the great blues cities (Chicago, Detroit, Dallas), pianists (Sunnyland Slim, Otis Spann, Peetie Wheatstraw), the book also features speculative pieces on the beginning of the blues and how it came to be recorded. Scholarly but never dry, Oliver is one of the world's most respected blues authorities. This collection of more than 30 years' devotion shows how rewarding and mutually supporting a music and a critic can be.

Paul Oliver is the author of Bessie Smith; Blues Fell This Morning: The Meaning of the Blues; Conversation with the Blues; Screening the Blues: Aspects of the Blues Tradition; The Story of the Blues; and Savannah Syncopators: African Retentions in the Blues. He has also en-joyed a distinguished and varied career as an illustrator, designer, and a writer on as well as a teacher of architecture.

Article properties: Blues Off The Record: Blues Off the Record: Thirty Years of Blues Commentary by Paul Oliver