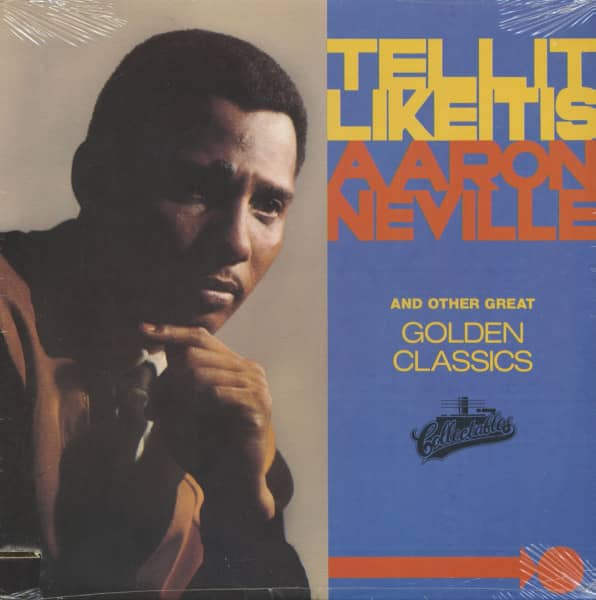 Article properties: Aaron Neville: Tell It Like It Is (LP)

Built like a stevedore but possessing a heavenly tenor that floats through the air like a butterfly, Aaron Neville hails from New Orleans' first family of R&B. Keyboardist Art came first with his band, The Hawketts, and Charles and Cyril would eventually emerge when all four joined forces as The Neville Brothers. But Aaron was the first to taste national success with his Allen Toussaint-produced 1960 hit Over You.

Born January 24, 1941, Aaron cites an intriguing array of influences. "I used to yodel as a kid, like a cowboy,”  he says. "That's how I started. My brothers, Art and Charles, were into the doo-wop scene. We lived in the projects, and they used to sit out on the bench in the park at night and sing doo-wop. I grew up and sang with 'em.”

Aaron's first record for Joe Banashak and Larry McKinley's Minit Records was also his first hit. Over You, co-penned and produced by Toussaint, was a big R&B seller, but Aaron's wonderful Minit follow-ups didn't experience such lofty chart climes.

"I was a longshoreman, a truck driver, painter,”  he says. "It was kind of a hassle, but I survived it.”  Finally, local musician George Davis teamed with Lee Diamond, an ex-member of The Upsetters who screamed Hatti Malatti for Vee-Jay in '58, to compose the stately soul ballad Tell It Like It Is. The ultimate vehicle for Aaron's singular pipes came out on tiny Par-Lo Records, which Davis co-owned with Warren Parker, Jr.

Aaron initially thought its flip side, She Took You For A Ride, would be the winner. "My brother Art said, 'No, 'Tell It Like It Is,' that's the one,'” said Aaron. "And sure enough, the first week it was out, it sold something like 40,000 copies in New Orleans.”  The rest of the country concurred, propelling Tell It Like It Is  to the top of the R&B hit parade and a stratospheric #2 pop.

Since The Neville Brothers officially united, releasing their first LP in 1978, they've become worldwide luminaries. Aaron's simultaneous outside exploits, including his hit duets with Linda Ronstadt, have brought him genuine pop stardom that's a long way from toiling on the Crescent City docks. 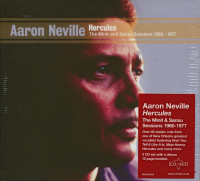 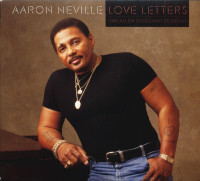