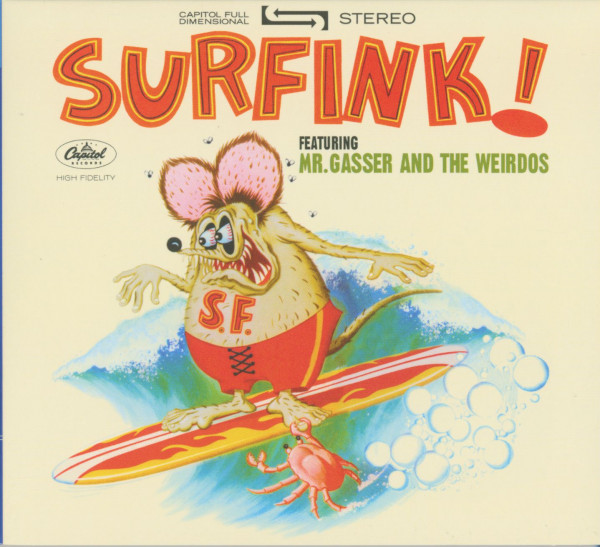 In April 1964, Mr. Gasser and the Weirdos reconvened in Capitol Studios to record the third installment of their surf rod trilogy, Surfink! It was their hottest album yet, combining clever parody songs like "Surfer Ghoul" with knock-out instrumentals like "Midnight Run" and "Santa Barbara" that stand alongside the best singles of the surf era. Fuel-injecting the Weirdo wagon this time around were Jerry Cole, David Gates and Neil Levang on guitars, Leon Russell on piano, Steve LeFever on bass, Earl Campbell on drums and Steve Douglas on saxophone.

The vocal department again featured Gary Usher, Richard Burns and Chuck Girard. The sonic quality of the original recordings is astounding! Saxman Douglas rips, honks and wails with absolute authority while the guitars of Cole, Gates and Levang cover the gamut of classic six-string tones. Palmer's drum kit and cymbals sound so crisp you'd swear he was right there in the room and LeFever's bass anchors the bottom beautifully. The album is a testament to vintage analog recording and one that could also serve double duty as an audiophile test LP. A true "renaissance man," Ed "Big Daddy" Roth excelled in a number of pursuits. Artist, cartoonist, car-customizer and pinstriper were but a few of his specialties. Growing up in California, surrounded by the surf and hot rod movements of the late '50s, Roth's expansive imagination was set in motion and popular culture would never be the same.

Working closely with Ed Roth, who assumed the nom du disc "Mr. Gasser," Fred Rice carefully selected vocalists and musicians for the recording session. Gary Usher assembled and led the vocal talent, which included Jackie "Robyn" Ward, Chuck Girard, Richard Burns and Darlene Love. And how's this for a guitar line-up: Glen Campbell, Jerry Cole and Howard Roberts! On drums you've the great Hal Blaine. Meanwhile, Cliff Hils anchored the bass position and Leon Russell played piano while Steve Douglas wailed on sax. What a fabulous group of "Weirdos"! The combination of A-list players and a top-notch studio produced a superior-sounding LP, every bit the sonic equal of contemporary recordings from stars like the Super Stocks and the Beach Boys. 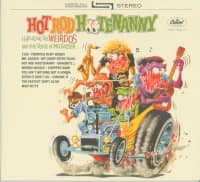 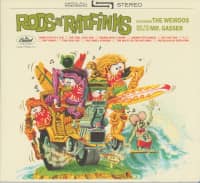