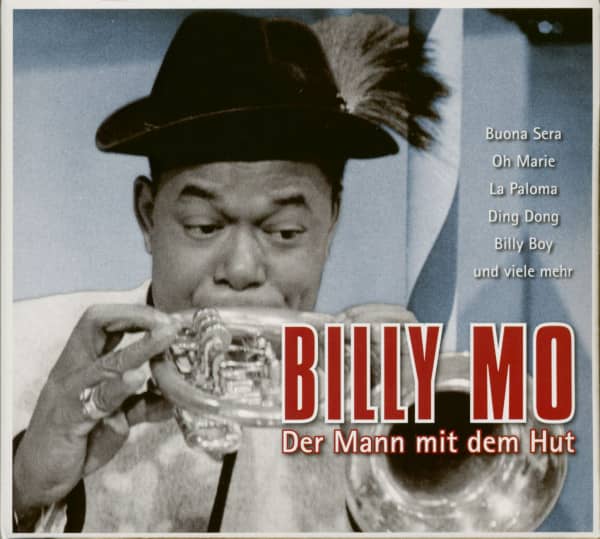 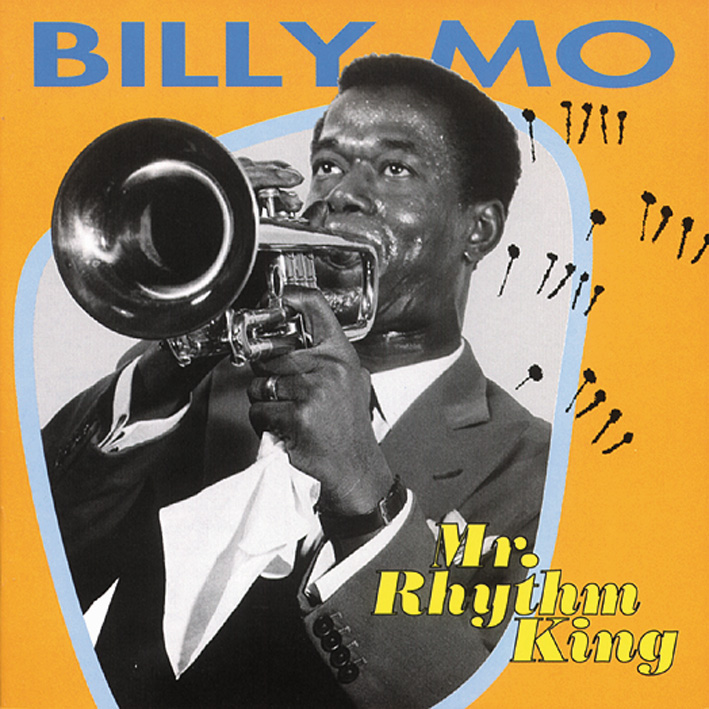 Those who know Billy Mo only in his Tyrolean hat inevitably misjudge the musician Peter Mico Joachim. The jazz trumpeter, who was born on the Caribbean island of Trinidad on February 22, 1923 as a descendant of immigrants from Cameroon and Germany, was not always able to properly showcase his talents in Germany. After World War II, he had received a scholarship from the Royal Academy of Arts and Music in London and was soon playing solo trumpet in the Yvor Curzon Band. In 1953 he graduated with a doctorate in musicology.

On a trip to Germany, he adopted the stage name Billy Mo after his black idols Billy Eckstine and Louis Satchmo Armstrong. In 1957 Billy Mo was discovered by Viktor Reschke for recordings at Telefunken-Decca. Titles: Buona Sera and Oh Marie, both original by Louis Prima. In the orchestra Bernd Kaempfert (October 16, 1923 - June 21, 1980) he played the trumpet in the Midnight Blues, written by composer Franz Grothe (September 17, 1908 - September 12, 1982) for the film 'Immer wenn der Tag beginnt'. Grothe had been in the film business since the 1920s and after the war composed with preference for Ruth Leuwerik, who played a teacher in the student drama 'Immer wenn der Tag beginnt'.

The story, which sounds unimaginable from today's perspective, impressively portrays the repression at schools in the 1950s. Highlight: teacher Leuwerik enforces against the resistance of the principal that the student jazz band is allowed to play at the grave of a fellow student. Billy Mo's plugged trumpet, the occasion of his solo, it all reminds of the trumpet solo from 'Verdammt in alle Ewigkeit' (see CD 1954). Sung recordings like La Paloma and Das Fräulein Gerda did not bring the hoped-for success for the man from Trinidad, which only occurred when he gave Ich kauf' mir lieber einen Tirolerhut to the best. Since then, there has been no carnival without the Tirolerhut, which Billy Mo sang - and wore on his head - at galas, company parties, in beer tents and at the Hofbräuhaus. The last years of his life he lived in Wunstorf, Lower Saxony. Even at an advanced age, he played in the Jazz Club Hannover. He was awarded the Federal Cross of Merit in 2002. Mo died on July 16, 2004 in Hanover.

Billy Mo
Peter Mico Joachim was born in 1923 on the Caribbean island of Trinidad, which at that time still belonged to the Commonwealth of Great Britain. One year after his birth his parents died in an accident - Peter Mico Joachim, whose ancestors came partly from Cameroon and partly from Germany, was sent to an orphanage. There he made music his passion. First on the harmonica, sp‰ter on almost all other instruments. When he turned six, he applied to join a band. But their boss said, "You're still too young, be seven first." A year later, he approached the orchestra leader again and b¸ndigly informed him, "It's my birthday. Now I am seven." The man let him be w‰hren and took him into his troupe.

Since then, music has never left the elderly German, and nothing else has ever come into question professionally. In 1945, Billy Mo, equipped with a scholarship for the Royal Academy of Arts and Music in London, which the governor of Trinidad had awarded him, traveled to the British capital - there he wanted to finish his music studies. On the ship, he met Winifred Atwell, a boogie pianist who was unknown at the time.

As a result, he became the solo trumpet player in the famous Yvor Curzon band. Soon his name was emblazoned next to the pianist's on all the bulletin boards. They stood on the stage of the Prince of Wales Theatre in the show "Pardon My French". Finally, he founded his own band of 16 people - with success. Radio stations played his music, his arrangements: usually his ideas were a touch fresher than those of his competitors. At the same time, he was able to continue his studies at the Royal Academy. He received his doctorate in musicology in London on October 12, 1953. "That was nice, but of course it was not a qualification I could use later in Germany. Musicians were in demand, not music theorists."

In 1956, success waned, and other people were now in demand. Billy Mo had to work in restaurants, "especially one run by Peter Ponti, brother of Carlo Ponti, the sp‰ter husband of Sophia Loren." When he desperately needed a vacation, a friend advised him to go to Hamburg, "not to Paris, I wouldn't have a chance there."

What he brought with him as capital was his phenomenal musical ability. He wasn't a high-flyer. If he had to, he also played Dixieland: "Everything that could be done with tunes was fun for me." Only with the name he could not perform: Peter Joachim, that sounded much too German, much too little exotic - no advertising could be made with it. "I thought about it and came up with the idea of calling myself after my favorite singer Balg Eckstein and Louis `Satchmo' Armstrong - Billy and Mo, Billy Mo." Now that really was an unbeatable trademark.
No one had any more competence. The title Swing Methuselah was more the stuff of Billy Mo's later successes: "Entertaining, the audience went along, had fun."

He never cared about the audience: "Who else do I play for? In the 'Blauer Peter', when a regular came in, we played him his favorite tune - of course, that didn't dampen the mood, on the contrary." Heinz Woezel, his producer on all Teldec recordings, must have sensed that Billy Mo was an entertainer. The result was finally the title Das Fr‰ulein Gerda. "This was finally German music - that's what I always wanted. Traditional songs that people could understand, something f¸r people who were tired of American and just wanted to get in the mood a little."

In 1957, Viktor Reschke took notice of him. He recorded two titles at Telefunken: Buona Sera and Oh, Marie, two Louis Prima pieces. "But I didn't really want to copy American titles." Playing the trumpet in Franz Grothe's Midnight Blues by the Bert K‰mpfert Orchestra was ... Billy Mo. "My name was not allowed to be mentioned‰because I was under contract with Teldec."

Billy Mo was in demand as a musician in numerous films such as `Drillinge an Bord' with Heinz Ehrhardt or `Die Nacht vor der Premiere' with Marika Rˆkk, but the big breakthrough was still missing, the hit that would lift him out of the monotony: But that finally came in 1963.The story, Billy Mo said, had not yet been told.

"After a gig at the G¸rzenich in Kˆln, we sat together. The next morning we wanted our fees - but who didn't show up was the promoter. Everyone was ‰resent, w¸tend, even Viktor Reschke, who was there. We had done a good job and got no money." Only Mo didn't let his mood be spoiled: "Something like that was naturally ‰resentful, but it wasn't a drama. There was a hat on a table, the kind the Austrians wear, with a green chamois beard. And I said, 'I'd better steal a Tyrolean hat.' Charlg Niessen had heard about the episode through Viktor Reschke and called me a little later -because he had made a song out of it."

Wolf Kabitzky arranged the song with the t‰tiger assistance of Billy Mo. At first it was played only on AFN, the American soldier station. Finally, Ich kauf lieber einen Tirolerhut (I'd rather buy a Tyrolean hat) became the hit of the season, reached number three on the sales lists and was henceforth interpreted as Billy Mo's confession: good-humored and atmospheric, ready for any fun. Since then, Billy Mo has rarely tried jazz in public: "I also play jazz, but you don't earn money with it. And at first I was also a bit tired of it, all the years after that, that the 'Tirolerhut' was always wanted by inir.
But I also studied psychology, so I know that people mean well and don't want to stamp me as an idiot." p‰ter an English version was recorded under the title I'd Rather Bug Myself A Tgrolian Hat.
o has a completely relaxed relationship with light music: "I give the people what they want. That's what was missing in Germany, someone who shows them the joy of life on stage again." His own Tyrolean hat was made for him by Evelyne, the wife of Vico Torriani: "We were all one big family who took part in the entertainment circus."

Since then, Billy Mo ¸ cannot complain about audience requests: no carnival without the Tyrolean hat. He sings at galas, at company parties, in beer tents and in the Hofbr‰uhaus. "I like that - bringing good humor r¸berbringen." No other of his hits came close to the success of the Tirolerhut, neither Wir verkaufen unser Oma ihr klein H‰uschen nor Sie trug ein Wum-Ba-Di-Dekoltee, nor the Biernudel-Polka, nor the Zillertaler Blasmusik, with which he won 10th place at the 1965 German Schlager Festival in Baden-Baden. Place (winner: Peggy March with Mit 17 hat man noch Tr‰ume), or with the song Auf der Hazienda fehlt eine Frau, which brought him 8th place at the Schlagerfestspiele two years earlier (winner: Gitte with Ich will 'nen Cowboy als Mann).

Mo was probably one of the first to make a TV show whose concept was already designed for spontaneity‰t; it ran, produced by NDR, under the title 'Cafe Mo' in the First Program in the early sixties: "In 'Cafe Mo' there was little planning - we always just hoped that the colleagues would behave professionally and bring their numbers off the cuff." 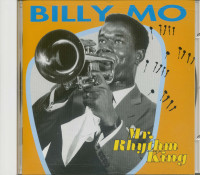