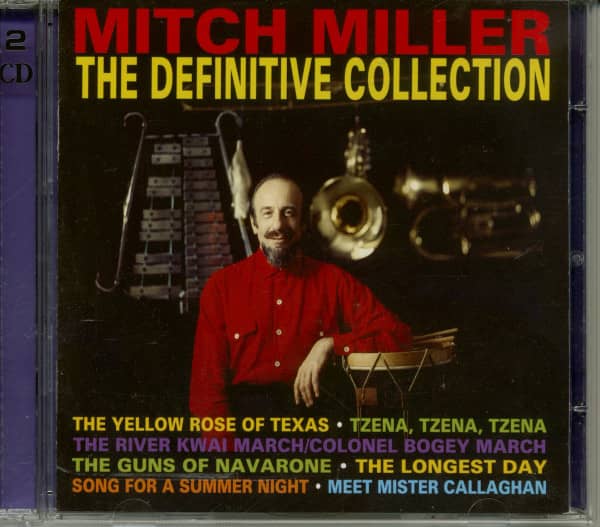 (2016/Real Gone) 38 tracks.
There was never anybody like Mitch Miller in the music business. And there never will be again. Head of A&R for Columbia for over 15 years, star of his own television show on NBC, accomplished oboist and English Horn player, Miller was enormously influential on pop music during the '50s and early '60s, producing and nurturing the careers of such popular artists as Doris Day, Frankie Laine, Jo Stafford, Johnny Mathis, Guy Mitchell and many others, while famously passing on more rock and roll-oriented acts like Elvis, The Beatles, and Buddy Holly. But Miller's contribution didn't stop there-he was also a successful recording artist in his own right, recording 13 Top Ten albums and a series of bestselling singles with an orchestra and chorus, often credited to Mitch Miller and the Gang. Spanning the years 1950 to 1962, The Definitive Collection covers virtually his entire recording career at Columbia, 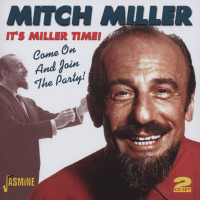 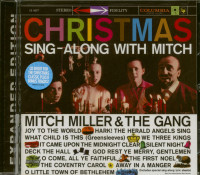 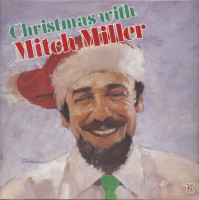 Tracklist
Miller, Mitch - The Definitive Collection (2-CD) CD 1
01 The Yellow Rose of Texas
02 Tzena, Tzena, Tzena
03 Meet Mistercallaghan
04 Autumn Leaves
05 Lisbon Antigua
06 Song for a Summer Night
07 Elaine (Gitane)
08 Napoleon
09 Without My Lover
10 Under Paris Skies
11 The Bonnie Blue Gal
12 Piece for English Horn
13 Greensleeves
14 Song of Delilah
15 The Bowery Grenadiers
16 Colonel Bogey March
17 The Children's Marching Song (Nick Nackpaddy Whack)
18 You Are Mysunshine
19 Do-Re-Mi
Miller, Mitch - The Definitive Collection (2-CD) CD 2
01 Don't Sit Under the Apple Tree (With Any One Else But Me)
02 On Top of Old Smokey
03 She Nandoah
04 When the Red Robin Comes Bob Bob Bobbin'along
05 Tunes of Glory
06 Jeeperscreepers
07 It's Only a Paper Moon
08 Red River Valley
09 That Old Gang of Mine
10 The Longest Day
11 I'll Take You Homeagain, Kathleen
12 Beautiful Ohio
13 The Gang That Sang "Heart of My Heart"
14 The Whistlerand His Dog
15 By the Light of the Silvery Moon
16 Bidin' Mytime
17 Jeanie with the Light Brown Hair
18 The Guns of Navarone
19 Goodnight Sweetheart
Funktionale