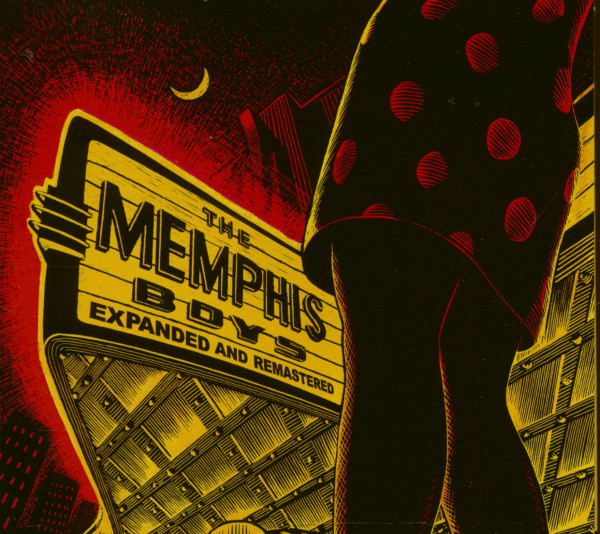 Superb instrumental disc, partly in the style of the old STAX Soul numbers with Reggie Young (Guitar), Mike Leech (Bass), Bobby Emmons (Organ), Bobby Wood (Piano) & Gene Chrisman (Drums). Produced by Allan Raynolds & Mark Miller in 1990. Remastered reissue including six recently discovered bonus tracks from the session.
This is really wonderful music, in fact I feel it's as good as instrumental music gets, up there with symphony orchestras, jazz combos and Dixieland bands. There's a regal. majestic tone that runs throughout the recordings, lifting it to a level few musicians reach. Thirty years ago, these five premier session players gathered in Jack's Tracks recording studio on 16th Avenue to make some music for themselves, instead of backing one of the numerous superstars who have benefitted from their expertise. All five, by the way, were later enshrined in the Musicians Hall of Fame.

Though all were by then Music City-based, they had gained their reputation and honed their chops 200 miles west in Memphis. There they created iconic recordings for Elvis Presley, Aretha Franklin, Neil Diamond, Etta James, Wilson Pickett, B.J. Thomas, Dusty Springfield, Joe Tex and dozens more luminaries, crafting what became known as "Memphis Soul". Once in Nashville, they began backing many of country's biggest stars: Johnny Cash, Dolly Parton, Kenny Rogers, Loretta Lynn, George Jones, Garth Brooks, Alabama and Tammy Wynette are some examples. Thus, The Memphis Boys have collectively or individually built the musical framework for hundreds of pop, country, rock and r'n'b hits over the last half century! In so doing they have created large chunks of the musical soundtrack to the lives of millions.

Now you can hear them playing for themselves, not in service to a singer but turned loose to "do their own thing". Do yourself a favor, stick The Memphis Boys in your player, close your eyes and listen like no ones watching. Put on headphones and let the music take you away. You'll hear the quintet's sixteen sonicscapes spiced with stirring passages of surpassing beauty. Or, if you listen to these adventures in sound as background, they will subconsciously lift your spiri's and enliven your day. If you are a musician, or want to be one, you can study these world class players as they strut their stuff in these scintillating ensemble performances. Yes, an ensemble, this album eschews "shredding" in favor of meshing seamlessly. playing together, in the same room, at the same time.

Don't worry, you won't bemoan the missing shredding because there are plenty of lead breaks provided by six-stringer Young and keyboardists Emmons and Wood. Their "step outs" weave in and out with enchanting results while that killer rhythm section of Chrisman and Leech keeps the pulse and heartbeat steady and strong. The MEMPHIS BOYS album was released on Vanguard Records in 1990, presenting just the first ten sides. In 2019, co-producers Mark Miller and Allen Reynolds found six additional tracks. With the help of surviving members Chrisman and Wood, they polished them slightly, then mastered. Thus you are now, for the first time, hearing all of the music the quintet made for the project. Reynolds and Miller, it should be noted, are the production team responsible for hits by Garth Brooks, Emmylou Harris, Bobby Bare, Crystal Gayle, Kathy Mattea and others, and are themselves members of the Musicians Hall of Fame. So, sit back, relax and take this resurrected Sonic journey with The Memphis Boys! (John  Lomax III)