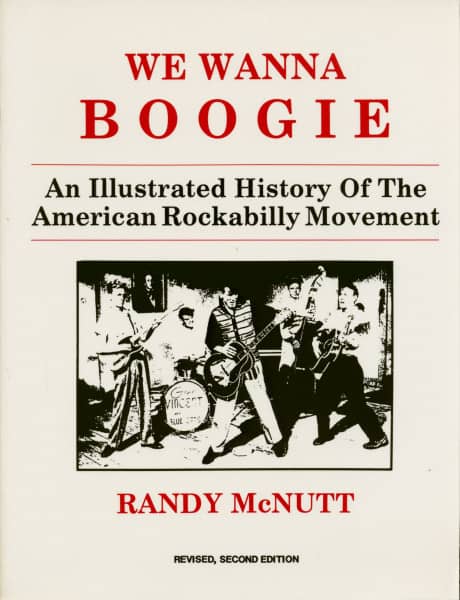 English, Paperback, 21.5x28 cm, 288 pages/Seiten, completely illustr. with hundreds of rare b/w photos, labelshots and article repros; The American rockabilly movement of the mid-1950s captured the imagination and spirit of young people everywhere. The magical blend of country music and the blues-these divergent sounds merged to create rock 'n' roll-is personified by such vocalists as Carl Perkins, Bill Haley, Gene Vincent, and, of course, Elvis Presley. But Presley soon took other musical paths, and rockabilly sound ultimately faded. In this detailed book, author Randy McNutt de- scribes the music and artists, gives the secrets by behind the songs and tells us how the early rockabilly records were made. Through oral histories and narrative pieces, the author looks closely at why the music was suddenly popular. At the time, the music was only a feel- ing, a seed of youthful rebellion and expression that would not spawn its own poets until late. So this book is a tribute to the rockabillies themselves, known and unknown. May their music lives forever.