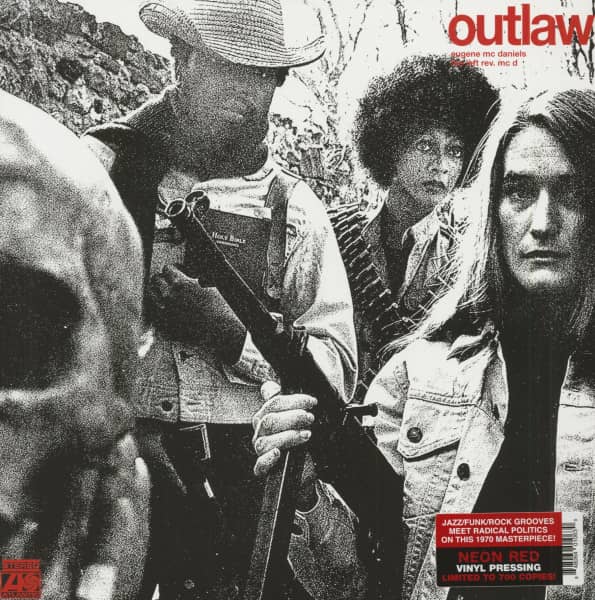 Eugene Gene McDaniels first became known in the early 60s with pop soul hits such as "A Hundred Pounds of Clay.
But by the time McDaniels recorded his 1970 album Outlaw, he was already a changed man. First signs of his transformation were visible in 1966 when he wrote the Vietnam protest song Compared to What.

But Outlaw went a few steps further.
On the front was a picture of McDaniels holding a bible, his wife Ramona holding an ammunition belt and friend Susan Jane can be seen with a human skull in the foreground.
The content of the album was equally radical. Silent Majority eventually led to the end of the collaboration between Atlantic and McDaniels.

The music on Outlaw is a heavy mix of soul, jazz, folk and rock grooves.

The result was an album often sampled by hip hop artists, which is still relevant today.