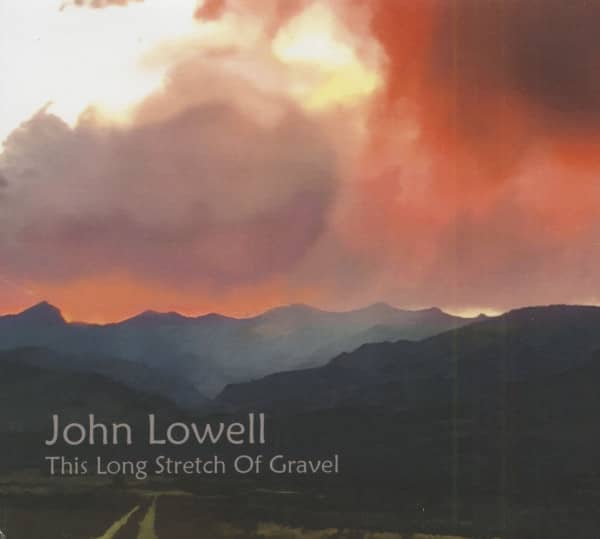 This recording is a collection of songs that John Lowell has written over the years - some are new, some are old, a couple he has recorded before with bands he was in at the time so he gave them different treatments here, but most of them have never been recorded at all. This album started out to be a recording of all duets in an effort to build on a theme, but John Lowell kept hearing different instruments and voices in his head that he thought would sound good. Primarily, he felt he wanted a bass on these songs, and Missy Raines was the first person who came to mind so his duet idea was expanded just a bit - on many songs it's just Missy, John and one other person. On a few of them there are four, and a couple get the full band treatment.

Speaking of bands, one of the things that delights John Lowell about this recording is the musicians who are on it. Over the years, he has met, played music, and made friends with some of the best musicians in the business. John Lowell was pleased and honored when all of the folks that ended up lending their talents to my music, said yes when he asked them if they'd play on this recording (he didn't ask any guitarists to play on it though. He didn't want them showing him up!).

It's an eclectic mix of stuff on here. These folks are not all from the Bluegrass World - in addition to the standard bluegrass instruments, you'll hear piano, cello and tenor sax. John Lowell is saving the didgeridoo for the next CD. Recording it was a labor of love.

$17.75
This Long Stretch Of Gravel (CD)
Tracklist
Lowell, John - This Long Stretch Of Gravel (CD) 1
01 Fergus County Jail
02 The Daydreamer's Waltz
03 Without You Being Here With Me
04 A World Far Beyond
05 New Phase Of The Moon
06 Black Eyed Susie
07 Ben Bullington Radio Id
08 Walking My Blues Away
09 The Last To Know
10 Jerusalem's Choir
11 Bodie
12 Good Things Are Coming My Way
Funktionale