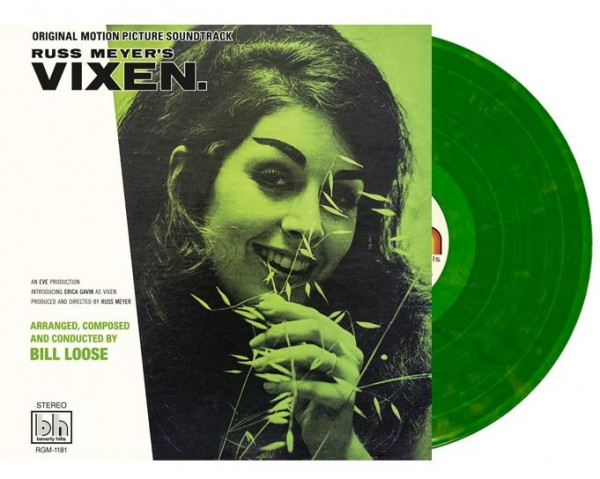 William "Bill" Loose was a prolific composer whose work you've heard far more often than you know. He composed cues for Capitol's vast music library that were used in dozens of TV shows, and also composed themes for shows like The Hollywood Squares and served as musical director for The Doris Day Show. But in the late '60s, his career took a sharp left turn.

He began writing soundtracks for notorious B-movies like the outlaw biker film The Rebel Rousers and Jack Hill's The Swinging Cheerleaders. Loose achieved true cult status above all as the go-to composer for sexploitation director Russ Meyer. Unfortunately, only Loose's soundtracks for Vixen and Cherry...& Harry & Raquel ever made it to LP. Both are a rollicking mix of rock'n'roll, absurdist programme music, bumpy jazz and old-fashioned, string-heavy widescreen recordings.