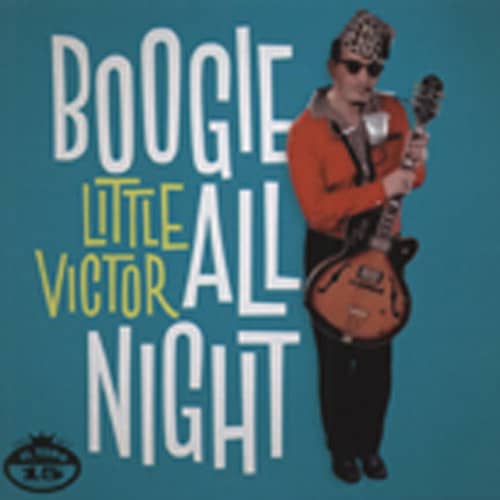 He produced and played on Louisiana Red 's much praised 'Back To The Black Bayou' album; these recordings were made in Phoenix, AZ, and it took about five years to see them released. Little Victor loves what he calls 'Sun Records Blues', the blues produced by Sam Phillips in Memphis during the early 1950s. Recorded with a handful of great players, Little Victor has exactly re-produced the sound that has inspired him in the past. A perfect example for today's electric blues, early 1950s style. 14 originals. LITTLE VICTOR - voc/hca/gtr, JOHNNY RAPP - gtr, MARIO MORENO - upright bass, BILL TARSHA - drums/hca. Special guests: BRIAN FAHEY - drums, DAVE FOSTER - gtr, BOB CORRITORE - hca, SOPHIE KAY - gtr,.