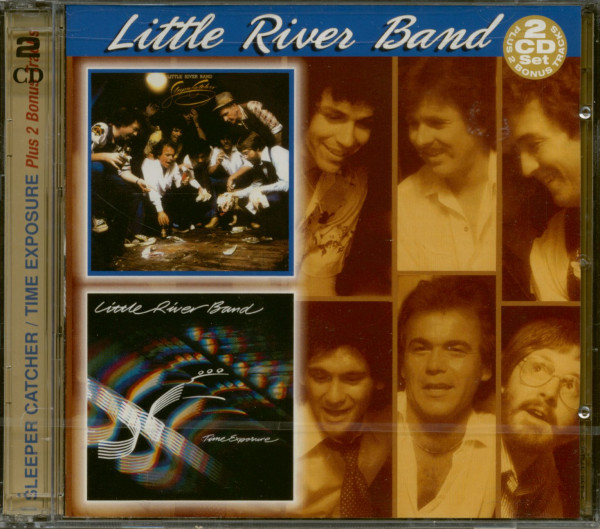 Australian musicians are coming to England in ever-increasing numbers, which reflects the healthiness and confidence of their domestic rock scene. But they're getting a little fed up with the accent on their Aussie origin, rather than the music. "It's not that we don't have a sense of humour, but when your music is categorised because you come from a certain geographical location not a million miles from Australia, then it ends up with your music becoming irrelevant, to the detriment of the music, and that's no joke," Beeb Birtles said as we talked shortly before the Little River Band was to take the stage at Reading. "I certainly know that in some quarters here they think it's clever to send Australian bands up because for some reason they have it in their head that the Australian music scene is nowhere. I tend to think the music press in England is negative, and we don't take any notice of reviews any more.

It's the kids who matter to us, and if we can just turn on a couple of thousand of them out there in the mud to our music, that's great." Actually, after sitting through a day and-a-half of Reading, and understanding that the crowd, by now soaked and muddy, has justified reasons for only being interested in bands that boogied, I feared the Little River Band's somewhat more musical approach could end with their rapid exit from the stage — but it was not to be. They came on, they began playing, the rain started falling, but the punters were liking it, and by the end of the set their full 7-minute version of their showcase hit single It's A Long Way There had brought a good few thousand to their feet, pleading for more.

The Little River Band, after a week in Japan, return to England for a string of dates and two nights at the Rainbow later in the month, when they are hoping they can bring capacity audiences along for a tasty sampling of their melodic rock. Any band that has polished vocal harmonies these days is branded as Eagles or Crosby, Stills & Nash soundalikes. "I have a little theory that all the most popular bands in rock music have been vocal bands, and they stay around." says Beeb.

"Look at the Beatles, the Beach Boys and the Hollies. They're not stars today and gone tomorrow — and our sound has its roots in that tradition." The fact is, tight harmonies are crucial to the Little River Band's sound — but that sound also relies on playing that bears little resemblance to the Eagles; and nor is their original material similar. Sure, It's A Long Way There pays homage to a variety of influences — but that's only one song, and nobody escapes influences of some sort. But they are absorbed, not imitated. And it's not as if the band, with proven success in Australia, is now trying to make it in the British big-time to establish an international reputation. They are already very popular in Europe, having previously toured there last year, and (more importantly) are making it in the world's toughest market — the United States.

"We are now established in the States, where we can even tour headlining our own gigs. Last we heard, our new album, Diamantina Cocktail, was number 30 with a bullet there, and the single, Help Is On Its Way, is also climbing with a bullet. Although we could just concentrate on America and Australia, we want to make it in Britain, to so we can become a truly international band.