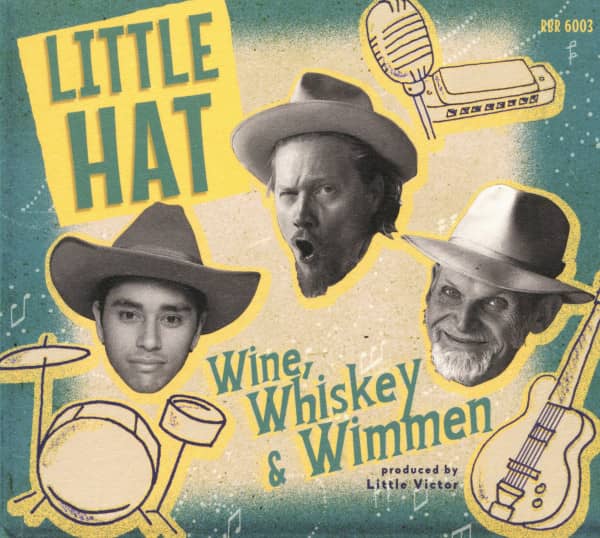 (Rhythm Bomb Records) 14 Tracks, Digisleeve
They are still probably Holland's best kept secret, but at least blues fans already know two thirds of this new formation, since singer and harp player MACHIEL MEIJERS and guitarist WILLEM VAN DULLEMEN are already well known in the scene with the Chicago blues quintet STACKHOUSE.
As is so often the case with perfectly attuned bands, some of whose members have been playing and partying with each other for decades without finally being able to make a living from their art, the lineup of STACKHOUSE has recently often been unable to keep up with the numerous requests from bars, clubs and festivals due to scheduling problems.

So guitarist WILLEM VAN DULLEMEN, a member of the local Blues Hall of Fame, formed a spin-off of the main band with MACHIEL MEIJERS to get back into the swing of things. A perfect fit was young drummer PAOLO DE STIGTER, who rounded out the lineup, which otherwise featured only guitar and harmonica.
It didn't take long until US musician, DJ and scene impresario VICTOR 'MAC' MACOGGI, better known as LITTLE VICTOR or as KOKO MOJO RECORDS editor THE MOJO MAN discovered the band and agreed with them to produce "Wine, Whiskey & Wimmen".
And so the 14 blues classics put to tape here in coarse-grained live acoustics sound absolutely "deluxe lo-fi" in reduced but all the more powerful arrangements, just like LITTLE VICTOR's last album.

Bulky, gruff guitar riffs, sawing siren harp, drums that take no prisoners and the evocative lead vocals - absolutely broken down to the essence of blues in the spirit of the 40s, but in the here and now.