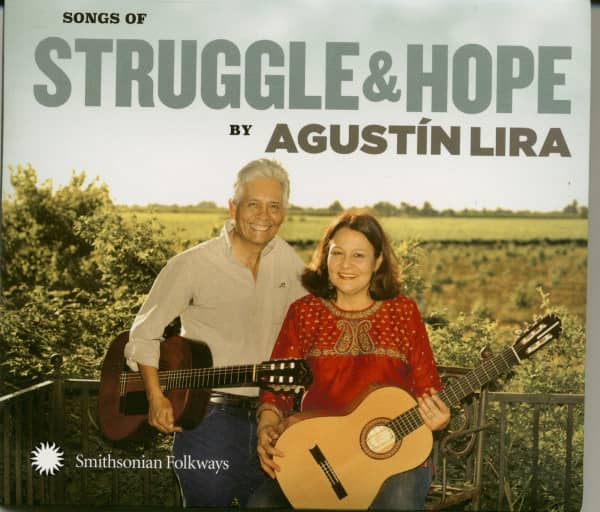 (2016/Smithsonian) 16 tracks.
Digi Pac with 40-page booklet with liner notes by Russell Rodriguez and notes for each song in English and Spanish. The activist Agustín Lira is one the most known persons in the civil rights movement in Chicago, interpreting songs, known by the theatre group Campesino, who were pioneers of political theatre. From united farm workers grape strike over the next half a century Lira told insistently his truth with its original music and their message. With 'Songs of Struggle and Hope', Agustin Lira with his Trio Alma presents characteristic songs of La Causa movement plus other new creations that deal with homelessness, childhood obesity, personal loss and hope in the future.