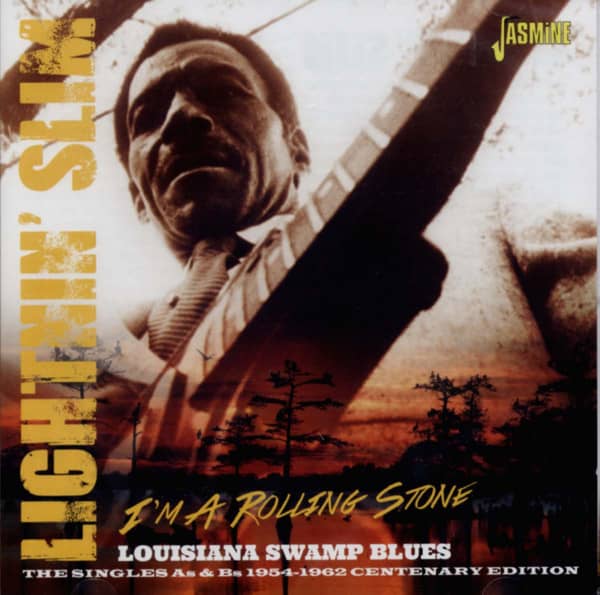 The recording of blues from Baton Rouge really began here, with this disc, in the spring of 1954. Here was an artist and a song that recording engineer Jay Miller said he, "loved from the start. I thought his music was just so real, you know. He was exactly what I wanted."
On the day he walked into Miller's recording studio in Crowley, the artist was Otis Hicks, a former farmer, former convict, and sometime juke joint bluesman working as a jobbing guitarist with local bands. He always referred to himself as 'a musicianer.' By the time he left the studio, Miller had renamed him Lightning Slim (with a 'g') and had big plans for Slim's career. They had been introduced by disc jockey Ray Meaders, 'Diggie Doo' on WXOK Baton Rouge, when Hicks was playing in a band Meaders thought Miller would like. "But in my judgement," Miller said, "they wasn't too much of a band. And I was just walking out the hall when I heard a guitar playing some of these low-down blues. So I just turned round, I said 'who in the world is that?' I hadn't heard the guitarist, you see the room wasn't very large and with seven or eight musicians, they had three horns, I had never heard the guitar once. I just thought he was so great I turned round and went back in there, started talking to him. I asked him if he did any singing. He said 'I knows a few numbers,' you know how he talked, real slow and everything. So he sang two or three songs and I tell you what, they did things to me. I just knew right then and there we had somebody that would sell."Lightning SlimBad Luck was a song where, Miller said, he recorded the drums way back and focused on Lightning Slim's guitar and vocals along with a wailing harmonica by Bill Phillips, a man Miller had brought in for the session. Miller loved Lightning's forlorn lyrics such as 'if it wasn't for bad luck / poor Lightning wouldn't have no luck at all' and his telling how he was born so late in the year that 'to tell you the truth about it / I was lucky to get here at all.' He also encouraged Lightning's signature call to his support player, 'blow your harmonica, son.' Lightning's first tunes were adapted from songs he'd probably heard for years on jukeboxes and in the mouths of other singers, but his expressive voice and hangdog style made songs like Bad Luck almost his own... 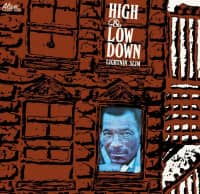 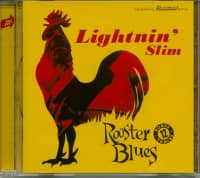 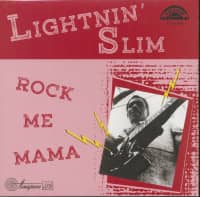